Gun control group unveils lawmakers it will support in 2014 races 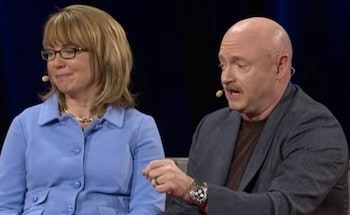 The pro-gun control super PAC known as Americans for Responsible Solutions announced Tuesday some of the congressional candidates it will financially support this coming election season.

While the majority are Democratic incumbents, there are at least two Republicans on the roster.

“We need leaders who are ready to shatter the tired myth that you can’t be both pro-gun rights and pro-gun violence prevention,” Mark Kelly, who founded the PAC with his wife Gabby Giffords, a former Arizona Congresswoman, told Politico.

“Gabby and I continue to hope that our work will show that the candidates can support the Second Amendment while at the same time support responsible gun ownership policies,” Kelly continued.

The group has raised $14.5 million thus far and is on pace to hit its goal of $20 million, according to Politico. Kelly did not disclose how much money the group will drop on each candidate but to say that he hopes to offset the political contributions of the National Rifle Association.

“The NRA typically spends about $20 million an election cycle,” Kelly said. “We’ve had great success in the amount of money we’ve raised. … [T]his debate is not going to be out of balance anymore.”

“I think, primarily, we’re looking at communicating with voters in a very targeted manner,” Carusone said. “That begins first with research and understanding which voters are most interested in this issue.”

While the group supports various gun-control measures, it’s chief goal is to push lawmakers into passing a universal background check provision that would mandate background checks on private transfers made over the Internet and at gun shows.

In April of 2013 the Senate failed to pass a universal background check bill, failing six votes shy of the 60 needed to overcome a GOP-led filibuster.

The group hopes that the next time a background check bill comes up for a vote the following seven senators and four representatives will be in office to vote “Aye”:

“We would love nothing more than to have a bigger list of Republican incumbents to support,” Carusone said. “We spent a lot of time looking at various races. The announcement today should be considered our first-round announcement. We don’t want anyone to think that this is definitely the full and complete list.”