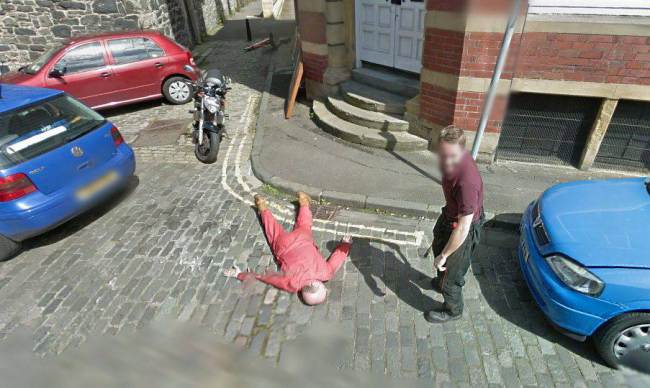 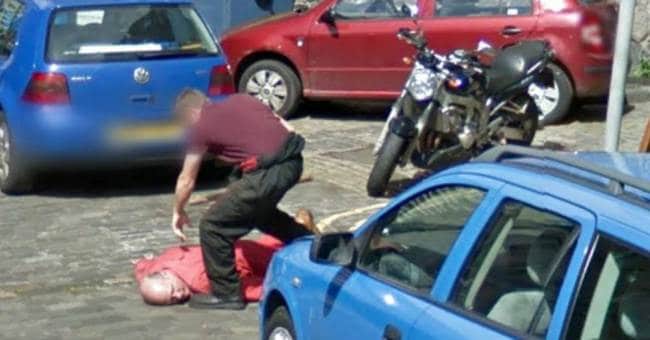 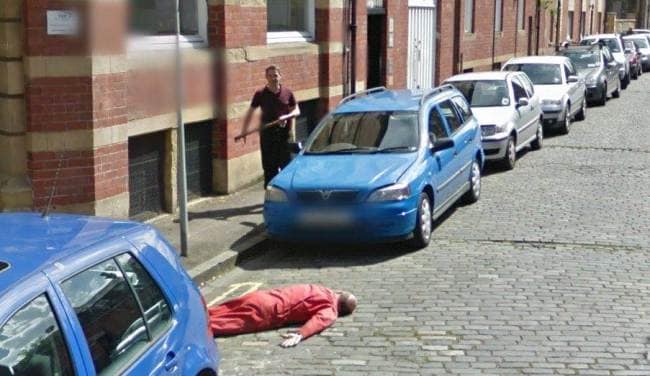 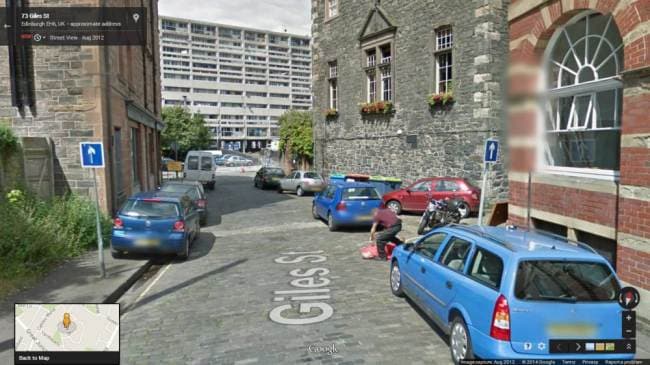 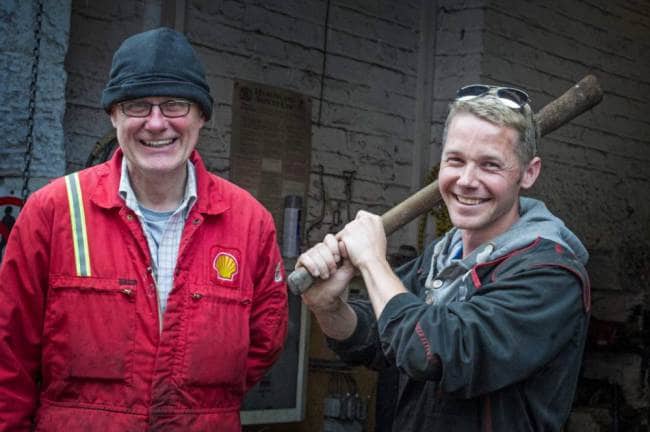 Dan Thomson, 56, and Gary Kerr, 31, both residents of Leith, Scotland, staged this prank in advance of a visit from a Google Street View camera car and it caused a bit of commotion.

Apparently, when you stage a “murder” on Google Street View, like, people call the cops, and they open an investigation on it, and it really annoys the police.

The prank was Thomson’s idea.

They planned the stunt month in advance and pretty much forgot about it until the Google car came down the street. They new it would have to turn around and pass them on the way out so Gary grabbed his trusty ax handle and they got into position.

The police issued a statement saying they treat all reports seriously.

The whole story is up on Metro U.K.