Aaron Francis Bayliss, 31, and his unidentified accomplice were breaking into a car parked in the 200 block of Arlington Road when the owner stepped out of his house and confronted them. A fight ensued and the owner fatally shot Bayliss, Palm Beach Post reports.

The other suspect fled and remains at large, but police are reviewing surveillance video in the area in search for a clue.

When police arrived on the scene, Bayliss was already dead. 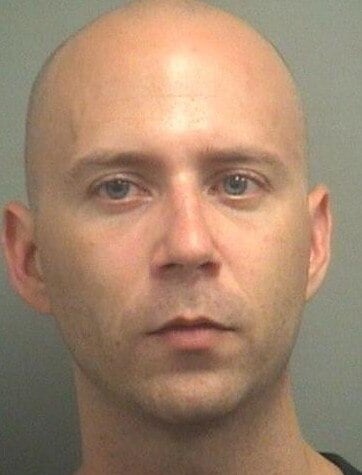 Neighbor Greg Gonzales told the NBC-affiliate he called 911 after he heard the shots ring out.

“I was in my room last night about 12:45 and I was working on my computer and heard a string of gunshots, four to six gunshots, that literally sounded right outside my bedroom door almost,” said Gonzales.

Carmen Russell, who has lived in the neighborhood for 40 years, told the CBS-affiliate, “It’s too bad, it’s too bad. What are you going to do?”

According to West Palm Beach Police spokesman Capt. David Bernhardt, that area was the target of a long string of burglaries that occurred the same day.

“We had seven or eight burglaries in that vicinity [Monday] night,” Bernhardt said.

“The South End is… will always have its problems being so close to other communities and being so easily accessed through Forest Hill, or through Southern, but I think in general it is safe,” Norvell said.

An investigation is being conducted into the shooting and the State Attorney’s Office will determine if any charges will be filed against the owner.