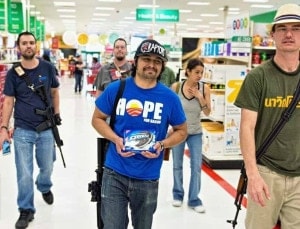 Who would place a loaded gun in the toy aisle of a department store?

It’s a question that police in Myrtle Beach, South Carolina, are now trying to answer after a handgun was found at the Target located on Seaboard Street this past Friday night.

The firearm was discovered by the store’s loss prevention officer, who noticed it sitting atop a superhero Playskool toy box, local media reports.

At first the security guard thought it was a toy, but soon realized that it was a real firearm with real ammunition loaded inside of it.

Police are now investigating the incident, examining security footage to see if they can determine who left the gun there, according to a spokesperson for the retail giant.

“The safety and security of our team members and guests is a top priority for Target,” said Evan Lapiska, Senior Specialist of Target’s Public Relations Department, in a statement to WMBF.

“We take these matters very seriously and we are partnering with local law enforcement on this incident,” Lapiska continued. “Because this matter is under active investigation, we are unable to share additional information.” 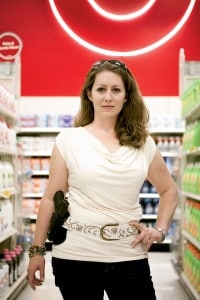 Moms is asking Target to put a stop to permitting law-abiding citizens to carry firearms openly into their retail locations — though there is no evidence thus far that it was an open-carry demonstrator who left it there.

“This event underscores why it is so important for Target to stand with moms and support the safety and security of our children when we shop in their stores,” added Watts. “It’s time for Target, a store that American moms flock to, to follow the lead of Chipotle and Starbucks and prohibit the open carry of firearms.”

Watts was referencing the recent decisions by fast-food chains and restaurants to issue public statements requesting patrons to leave their firearms at home.

Moms emphasized the fact that 80 to 90 percent of Target’s customer base are women and 38 percent have children. To pressure Target CEO John Mulligan into making Target a gun-free zone, Moms have started an online petition which has 25,000 supporters already, according to the gun-control group.