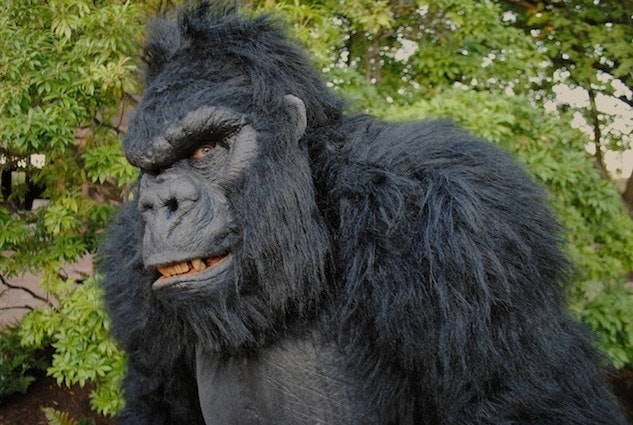 A veterinarian at a Spanish zoo mistook a man in a gorilla suit for a real gorilla, and shot him full of tranquilizer.

A Spanish veterinarian at the Loro Parque zoo in Tenerife Spain mistook an employee in a gorilla costume for a real gorilla, and shot him up with tranquilizer darts.

The zoo was conducting a drill to simulate a gorilla on the loose, but a veterinarian with only two months on the job was not made aware of said drill. When he saw the hulking figure lumbering through the zoo, he shot him in the leg with a tranquilizer dart containing enough sedative to take down a 400-pound ape, The Dodo reports.

The gorilla-dressed employee was apparently allergic to the tranquilizer and was rushed to the University Hospital of the Canary Islands, where he was listed in serious condition.

But this isn’t the first time a park employee has been seriously injured at this particular zoo. On Christmas Eve of 2009, Alex Martinez, 29, was fatally attacked by an orca whale named Keto.