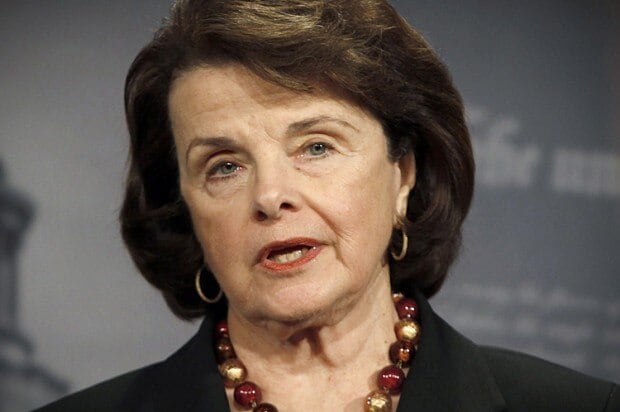 In a joint effort by U.S. Rep. Lois Capps (D-CA) and Sens. Barbara Boxer (D-CA) and Dianne Feinstein (D-CA), a bill that would provide for “gun violence prevention orders” was announced Thursday.

This measure is similar to one introduced in California last week on the heels of the Isla Vista shootings that would provide a framework for the temporary seizure of guns from an individual at the request of their family or friends.

This concept is being referred to in the state as a “gun-violence restraining order.”

Capps met with Richard Martinez, the father of an Isla Vista shooting victim and growing voice in the gun-control movement, before she proposed the measure to the U.S. House.

Our community in Isla Vista has been upended by this horrific act of violence,” Capps said. “We need reasonable, common sense solutions so that we all feel safe in our homes and out in our communities.”

The bill, dubbed the Pause for Safety Act, was introduced simultaneously to both the U.S. House and Senate. It will include the following provisions according to a release from Sen. Boxer’s office:

• One, it would help ensure that families and others can go to court and seek a gun violence prevention order to temporarily stop someone close to them who poses a danger to themselves or others from purchasing a firearm.

• Two, it would help ensure that families and others can also seek a gun violence prevention warrant that would allow law enforcement to take temporary possession of firearms that have already been purchased if a court determines that the individual poses a threat to themselves or others.

• Three, it would help ensure that law enforcement makes full use of all existing gun registries when assessing a tip, warning or request from a concerned family member or other close associate.

This would be accomplished through a grant program in which states that agree to institute such measures would be eligible to request funding from the federal government to pay for their implementation.

Besides California, one of the states that could be a future participant of this program may be New Jersey. There, State Sen. Richard Codey (D-Essex) is about to introduce the Garden State’s version of a gun violence restraining order bill.

“Friends and family members are often the best resources when it comes to detecting potential problems, and this bill would help empower them and law enforcement to intervene and perhaps prevent another mass shooting,” said Codey.

The New Jersey bill would allow law enforcement to petition a judge to grant a restraining order for a suspected unstable person from possessing firearms. The judge would later reevaluate the order to decide if it should be extended or lifted.

Christian Heyne, legislative director for the Coalition to Stop Gun Violence, said he was glad to see the federal proposal, but acknowledged tougher gun laws are achieving more success at the state level.

“The federal momentum isn’t where we’d like it to be,” Heyne said. “The state Legislatures are where we see things catching fire and we’re hoping that continues.”