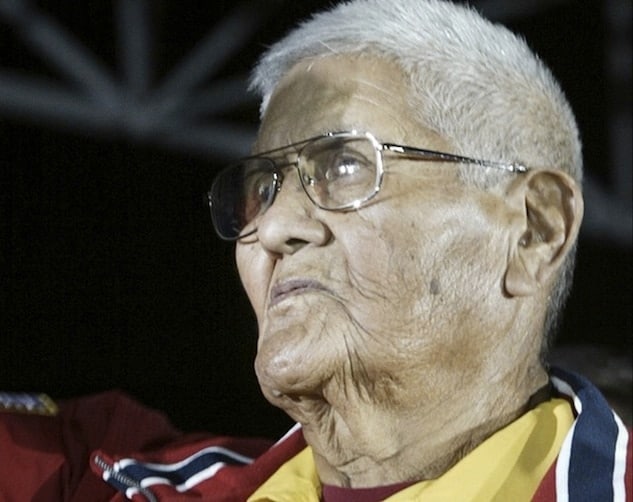 Chester Nez was one of the original Navajo Code Talkers who helped develop an unbreakable code during WWII that was instrumental in the Allies’ success in the Pacific.

The last of the original World War II Navajo “Code Talkers” passed away from kidney failure Sunday at the age of 93.

Chester Nez was one of 19 Code Talkers that played an instrumental role in creating  an unbreakable code based on their native Navajo language, Circa reports.

In total, there were about 400 Navajos who worked to code and decode messages. The cryptic code helped save the lives of countless soldiers and was a key reason the Allies were able to win in the Pacific.

A Marine recruiter discovered Nez when he was in 10th grade and the young Navajo lied about his age so he could enlist. He also kept his involvement hidden from his family.

After serving during the War, Nez continued to tell his life story in an effort to preserve the Navajo language.

In honor of Nez, the Navajo Nation will keep their flags lowered until sunset on June 9.