Three inmates absconded from a Canadian jail with the help of a helicopter Saturday, marking the second helicopter-aided escape in Quebec province in the last two years.

Yves Denis, 35, Denis Lefebvre, 53, and Serge Pomerleau, 49, who all have ties to the Hells Angels, were being held in Orsainville Detention Center in Quebec City until they escaped in a green helicopter around 7:45 p.m. The chopper lifted off and headed towards Montreal, The Associated Press reports. 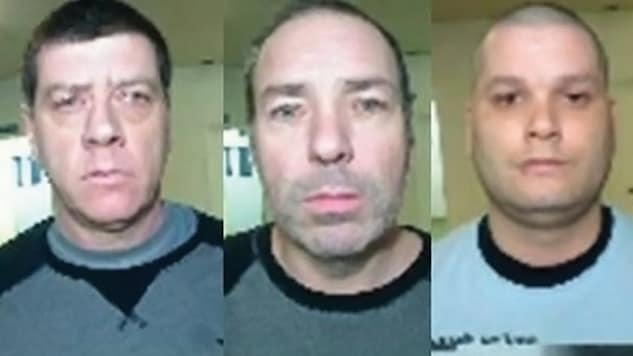 From right to left, Denis Lefebvre, 53, Serge Pomerleau, 49, and Yves Denis, 35, escaped from jail by boarding a helicopter that landed in the courtyard.

Sgt. Gregory Gomez said every effort is being made to apprehend the men, but noted police were hesitant to release details as the escapees may be monitoring the media.

“We have cooperation with all the police forces across the country and abroad also,” Gomez said. “We have many, many officers who are scattering all the areas possible. Investigators are, of course, checking every lead.”

Denis, Lefebvre, and Pomerleau were first arrested in 2010 as part of Operation Ecrevisse, a large-scale operation intended to dismantle a drug trafficking ring in northwestern Quebec.

During the raid, a total of 51 arrests were made and $905,000 was confiscated, along with several pounds of cocaine, a plane and a helicopter.

But this isn’t the first time an escape of this nature has occurred in Canada. On March 17, 2013, two inmates escaped from Saint-Jerome prison, which is just outside of Montreal, CNN reports. 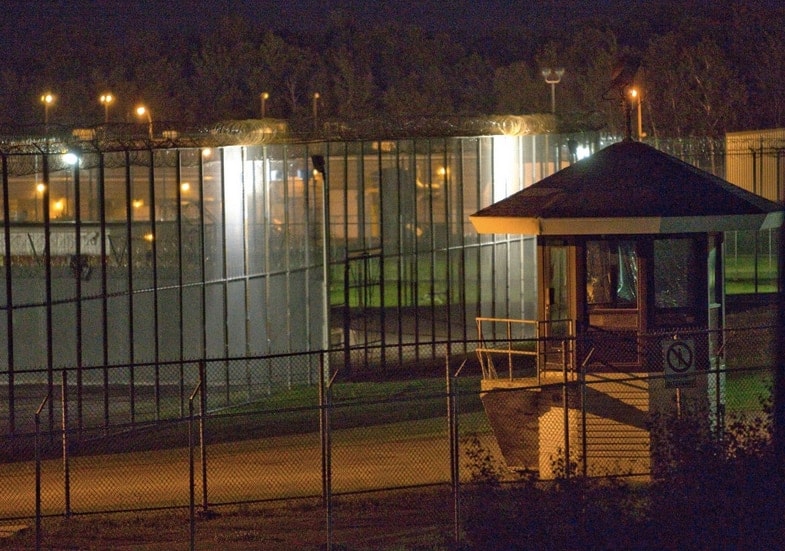 The helicopter touched down at the Orsainville Detention Centeraround 7:45 p.m. and moments later, lifted off with the three inmates onboard.

Benjamin Hudon-Barbeau, 36, and Danny Provencal, 33, climbed a rope to a hijacked helicopter as it hovered just above the courtyard. Both men were later arrested.

According to CBC, lack of jail security was the prime reason Saturday’s escape was possible. Spokesman for the union of prison guards Mathieu Lavoie said the Orsainville Detention Center was not staffed to take on a helicopter with at least three men onboard, who may or may not have been armed.

Police released photos of the escaped inmates and are seeking the public’s help in finding them.