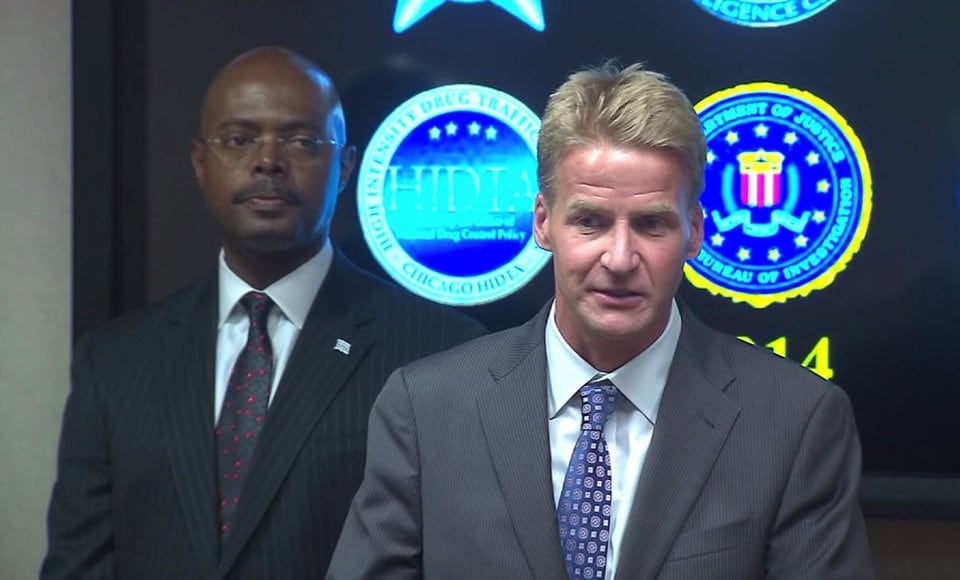 The Chicago Police Department, working with the Bureau of Alcohol, Tobacco, Firearms and Explosives and FBI, has opened the Crime Gun Intelligence Center to crackdown on illegal guns from what they call “three-percenters.”

A number of agencies including Chicago PD, the Department of Justice, the FBI, the ATF, and other regional partners, will operate the new joint task force from within the ATF’s Chicago Field Division.

The target of this Crime Gun Intelligence Center: a group the ATF is referring to as “three-percenters.”

“It remains constant from year to year that about 40 percent of the crime guns recovered in the City of Chicago come from Illinois, and about 20 percent come from Indiana,” Carl Vasilko, ATF Special Agent in Charge, told WGN. “The core mission of the Crime Gun Center is to identify these shooters, or these ‘three percenters,’ and the traffickers that sell them guns and get them off our streets.”

As such, the new center is part of a shopping list of measures promised by Chicago Mayor Rahm Emanuel when he debuted the city’s planned restrictions on gun stores inside the Windy City. Those planned regulations include videotaping sales and allowing access to Federal Firearms License holder’s inventory records. 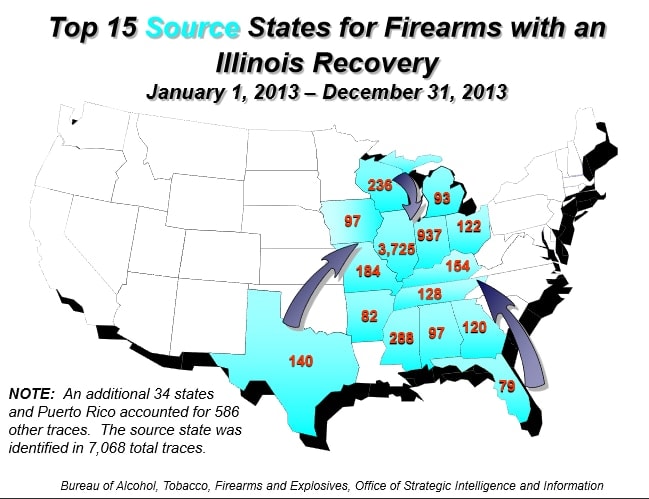 The new Crime Gun Intelligence Center will attempt to detect illegal guns inside the city and will be operated from the ATF’s Field Office in Chicago. (Photo credit: ATF)

A tool of the center will be the National Integrated Ballistic Information Network, an automated database system that compares and matches cartridge casing evidence across the country.

“This is cool stuff, the center is a smart and sophisticated way of using cutting-edge science and technology to solve more violent crimes,” U.S. Attorney Zach Fardon told the local ABC affiliate.

According to the ATF’s 2013 gun trace data, 5,118 of the 10,915 guns recovered at a crime scene and ran through the agency in the Land of Lincoln were found in Chicago. Most of these came from 15 neighboring states, including a third from within Illinois.

“By combining all of these law enforcement databases,” Alfonza Wysinger, first deputy superintendent of the Chicago Police Department, told the Chicago Tribune. “We will greatly reduce the time it takes to get evidence back into the hands of our investigators.”