A “Dota 2” player was robbed at gunpoint while she was broadcasting a live stream at her home in Phoenix early Monday morning.

Nikki Elise, who goes by Sajedene online, was gaming around 5 a.m. when two men broke into her home. At least one of them armed with a handgun. The suspects ordered her and another male victim who was present to the ground before kidnapping them both, Arizona Family reports.

One suspect entered into Elise’s room, passing in view of the still streaming web cam, and took what appears to be two cased long guns. 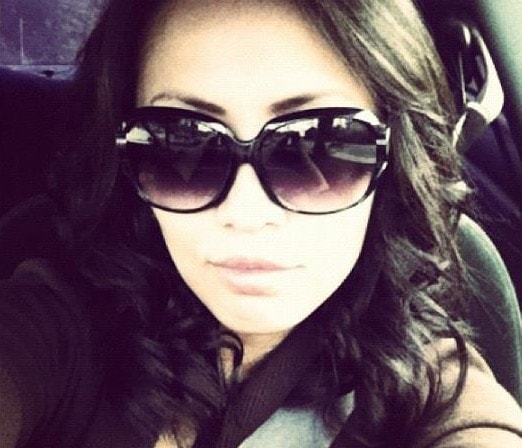 Nikki Elise was live streaming her game when she was robbed at gunpoint.

The suspects were in the house for at least 15 minutes before they turned off the lights and disconnected the web cam. However, by that point multiple users who noticed something was wrong had already contacted police.

“At that point gamers from around the world were watching the home invasion occur while trying to contact the corresponding law enforcement agency,” said Tempe Police Lt. Mike Pooley.

The suspects kept Elise and the male victim in the back bedroom with the intention of forcing them to withdraw money from a nearby bank once it opened for business. But police arrived before they were able to carry out their plan.

Both suspects fled, and after a short foot pursuit police apprehended Edgardo Martinez, 27, who faces charges of armed robbery, kidnapping, first-degree burglary, theft of a firearm and theft of a credit card.

The other suspect got away and is still at large. No injuries occurred during the robbery.

Below is the full video of the robbery.