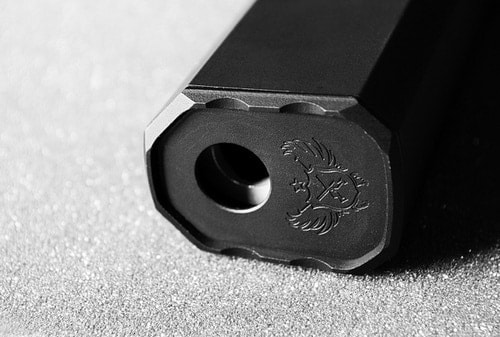 From here on out, SilencerCo, a popular firearm accessory maker, will be carried by the major online store and distributor Euro Optic.

“Our partnership with Euro Optic is complementary to our other channel relationships in that it connects us with a new group of customers and dealers,” said SilencerCo’s CEO Josh Waldron.

Including Euro Optic, the Utah-based company now has eight distributors that ship and deliver its products across the country.

Euro Optic was founded in 1999 and, stateside, the company manages distribution contracts with both the U.S. military and civilian markets. It’s located in Montoursville, Pennsylvania, in addition to its facilities in Germany, Denmark, Sweden and UK.

In 2011, SilencerCo scored a lot of points with gun owners and dealers selling National Firearms Act items when it launched the website Silencers Are Legal, in order to educate the public about the item’s legality. However, the company has a knack for advertising and marketing, even when it’s joking.

Overall, the firearm suppressor market has grown steadily as numerous states have legalized the use of a suppressor for hunting. And SilencerCo has profited greatly, in fact last year it was listed as Inc. Magazine’s 500 fastest growing companies, joining the ranks of popular AR maker Daniel Defense.