A heavily armed Georgia gunman opened fire outside the Forsyth County courthouse, wounding a deputy before being fatally shot in a barrage of gunfire Friday.

When Dennis Marx, 48, began his assault on the courthouse around 10 a.m. he was wearing a bulletproof vest, gas mask and was armed with an “assault rifle” with “all kinds of ammunition,” commercial and homemade explosives, and various lethal and less-than-lethal grenades. Marx shot and injured Deputy Daniel Rush, 46, but was killed in the ensuing firefight, NBC News reports. 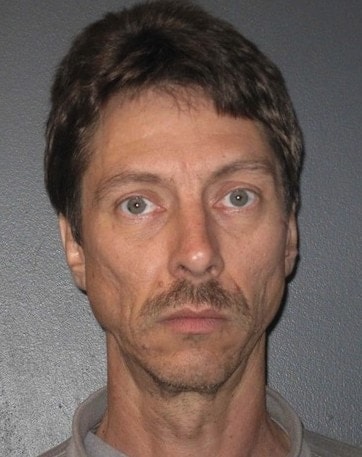 Marx was approaching the courthouse in his Nissan SUV when he spotted Rush, who was guarding the entrance. Marx shot through the windshield of his vehicle, hitting Rush twice in the leg. The deputy suffered a fractured fibula and tibia, but still returned fire.

“From the video, it looks like he saw that deputy, swerved to try and run over the deputy,” said Forsyth County Sheriff Duane Piper. “The deputy engaged him. He was shooting at Mr. Marx in the vehicle, Mr. Marx was shooting through the windshield at the deputy.”

A SWAT team was already en route to a separate incident and arrived on scene a mere 37 seconds later. The firefight lasted around 3 minutes and at one point, eight officers opened fire simultaneously, CNN reports.

Marx deployed tear gas grenades, smoke grenades and pepper spray grenades, but in the end he was hit multiple times and died from his gunshot wounds.

Marx was facing 11 felony charges, including one for having a firearm while in the commission of felony, and was scheduled to enter a plea before Chief Superior Court Judge Jeffrey Bagley Friday. Instead, he launched an attack.

It is unclear what motivated the attack or what exactly Marx intended to do if he made it inside it the courthouse. However, as he first laid out homemade spike stripes to slow responding law enforcement and had stores of water, more explosives and flex-cuffs in his vehicle, so it’s likely he was planning to take hostages. Deputy Daniel Rush was the first to confront Marx and kept him occupied long enough for SWAT to respond.

Piper lauded Rush for his actions, saying he helped stop a major catastrophe.

“It was very close to being a major catastrophe,” Piper said. “The deputy that was shot … averted what, I think, would have been a lot more deaths.”

According to WSB-TV, the Forsyth County Courthouse has since reopened and deputy Rush is scheduled to undergo yet another surgery to repair his splintered bones.