A firefighter from the Houston Fire Department proposed to his girlfriend, who is a police officer at the Houston Police Department, during an elaborately staged fake fire call late last month.

Houston firefighter Jesse Gonzalez wanted to ask his cop girlfriend, Olga Peck, to marry him. But being the romantic that he is, he wanted the moment to be especially memorable. So Gonzalez contacted his pals from the police and fire department and organized a fake fire call, making sure Peck would be the responding officer, Daily Mail reports. 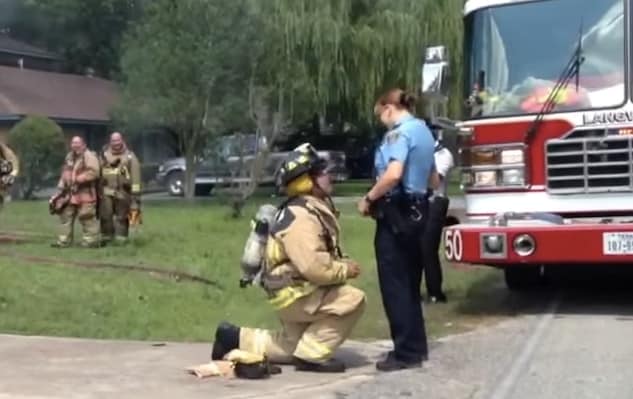 Gonzalez proposed to his girlfriend of one year during a staged fire call, which was also used as part of a training exercise.

When Peck arrived on scene, Gonzalez and other firefighters were already there. Gonzalez, in full fire gear, knelt to a bended knee and pulled out a ring, asking Peck to marry him. Peck, in full police uniform, said yes.

According to the description on YouTube, Gonzalez had organized the event by filling out a form called an “Apparatus Visit,” which is basically a request for a fire engine or police car to attend a public event within their respective city limits. Both agencies signed off on it and even managed to work in some training exercises before the proposal.

Gonzalez and Peck don’t have a date set yet, but hope to be wed within a year. 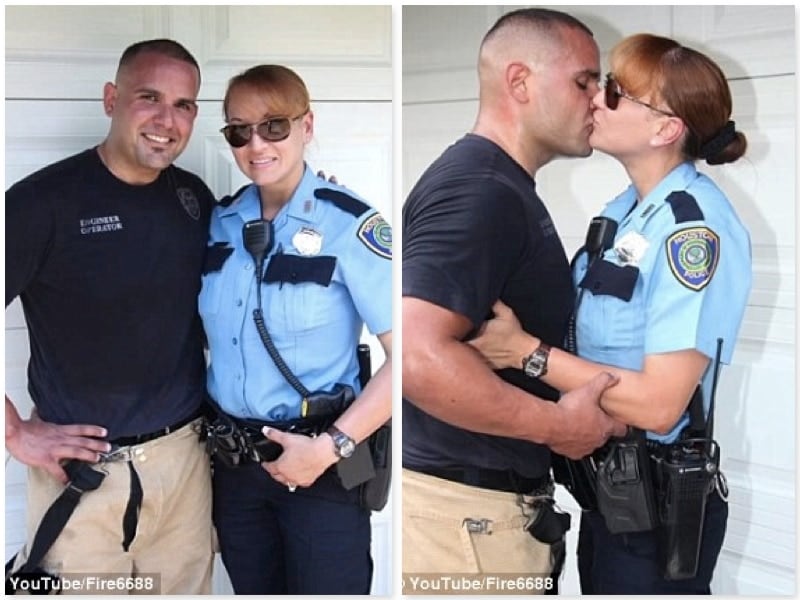 Gonzalez and Peck said they don’t have a date set yet but hope be married within a year.