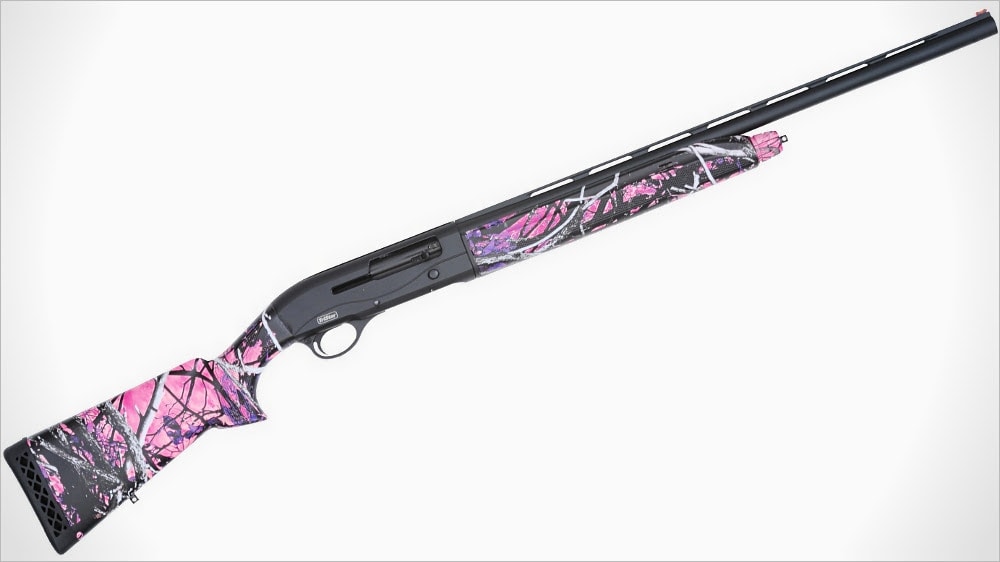 TriStar is making it even easier for parents to get their kids involved in the shooting sports with the announcement of new camo pattern models of their entry-level Raptor Youth 20-gauge shotgun series.

“For many, the first memories of hunting and shooting are from when they were young, and often times these memories are some of the best,” said Ryan Bader, TriStar Arms sales and marketing manager. “The new Raptor Youth models are quality and affordable firearms that are perfect for young shooters and will hopefully provide them with lasting memories.”

These inexpensive gas-operated semi-automatic shotguns are quickly gaining traction with shooters across the country looking for something fast and affordable that “just works.”

Originally available with only a blued finish and black synthetic furniture, the Raptor Youth shotguns are now offered camo-dipped in Muddy Girl or Vista Next Micro print patterns.

These 20-gauge shotguns have short, 13-inch stocks with an elongated cheekpiece and a smaller pistol grip compared to TriStar’s Viper shotguns, which are the next step up from the Raptor series. The Viper Youth shotguns are offered in 12- and 20-gauge models as well.

The Raptor shotguns weigh in at 6 1/2 pounds, light enough for youths to heft and point while not being so light as to knock them around. Even 20-gauge semi-autos can push little people around, so the mass here is welcome.

TriStar shotguns use Beretta Mobile choke-pattern chokes, which are easy to find and easy to afford.

Other features include TriStar’s “E-Z Load” magazine cutoff for fast and safe unloading, a five-round magazine tube, a shot plug for hunting, and a chrome-lined chamber and barrel for longevity.

The barrel is chambered for 2 3/4- and 3-inch shells for a wide range of load options. TriStar shotguns are optimized to cycle both light target and heavy hunting loads without adjustment.

In our experience it’s hard to beat TriStar when it comes to bang-for-buck. We’ve reviewed several TriStar shotguns and pistols and have never had anything but good things to say.

Check out our reviews of the TriStar Tec-12 hybrid pump/semi-auto shotgun and Viper G2 left-handed semi-auto shotgun. From the Viper G2 review we’ve said, ” If value is found where price meets performance, then it looks like TriStar has earned their moniker as The Value Experts.”