Experts explain how to respond to an active shooter 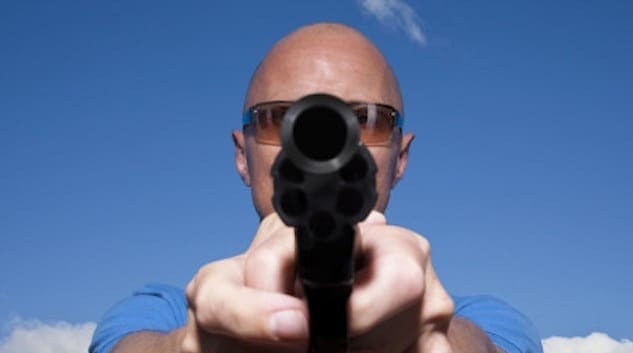 Experts advise the best course of action during an active shooter situation is to run or hide. Only fight back as a last resort. (Photo credit: Huffington Post)

The Associated Press consulted with various experts to determine the best way for the everyday American citizen to react during an active shooter situation.

Bo Mitchell, president of 911 Consulting – a company that specializes in emergency preparedness and training for corporations, campuses, and medical facilities – said the top priority when confronted with a gunman is to flee. If that’s not possible, hide, and if you must, fight back.

“If you see this happening far enough away from you that you don’t have to be part of it, we want you to run,” Mitchell said, adding that if you can’t run, then hunker down. “Find a place that you can close up and barricade so a guy with a gun can’t come after you.”

Mitchell said confronting the gunman should be the absolute last resort, and only utilized if running and hiding are completely out of the question. But if you do fight back, make sure you’re armed.

“You want to act with speed and total surprise, and you want to get a fire extinguisher or a pair of scissors or a chair and go after that guy because you have no other choice,” Mitchell said.

The Department of Homeland Security also said fighting back should be the last resort and gave a few tips on how to do it.

“Act with aggression. Improvise weapons. Disarm him. And commit to taking the shooter down, no matter what,” the department said in an online video.

While fighting back against a gunman should be the last course of action for the everyday citizen, it’s the first line of defense for law enforcement.

Thomas Aveni, executive director of the New Hampshire-based Police Policy Studies Council, said that since the Columbine shooting in 1999, police officers have greatly increased their training and ability to respond to an active shooter.

Before Columbine, only SWAT teams had the knowledge and operational skill to combat an active shooter. Now, an increasing number of local officers and other first responders are receiving training “to respond as quickly as possible, rather than wait for additional resources,” Aveni said.

But regardless of how well-trained law enforcement is or becomes, there will always be those times when a citizen responds to an active shooter themselves, either by force or choice.