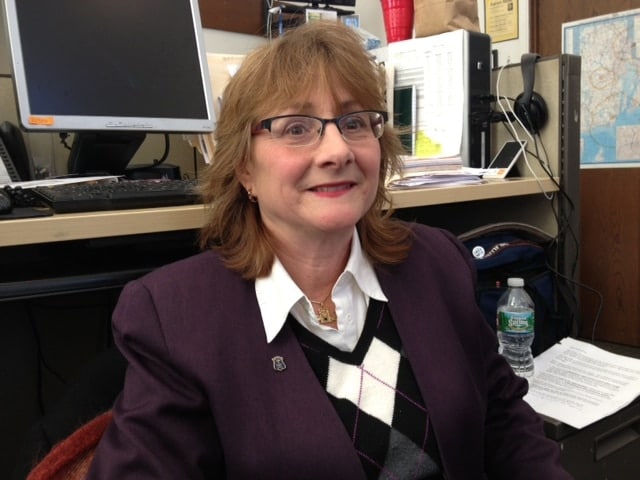 On Tuesday, the Rhode Island House unanimously passed a bill that would order the state to transmit the information of those involuntarily committed to the FBI’s National Instant Criminal Background Check System (NICS), which licensed gun dealers use in sales.

This, according to lawmakers, would prohibit those who are deemed dangerously ill by a district court from legally obtaining a firearm. It passed the house June 10 in a 74-0 vote.

“This law will ensure that anyone who is adjudicated in court as being seriously mentally ill, dangerous to him or herself or to others, will not be able to buy a weapon,” said Rep. Deb Ruggeiro (D-Jamestown), sponsor of the legislation, who contends it is for those who are a threat to society.

“This is not about somebody who’s depressed or has anorexia or something like that. We’re talking about people with serious mental illness who have been involuntarily committed and have been adjudicated in district court,” explained Ruggeiro.

Ruggeiro’s bill, HB7939, will mandate the transmission of the name, date of birth, gender, race, and date of non-voluntary civil commitment to the NICS database within 48 hours of certification. No other personal or medical information would be submitted.

A five-member board, composed of health care and law enforcement professionals appointed by the governor, would be established to hear appeals from those who would challenge their inclusion.

For those no longer subject to a firearms prohibition, the board would similarly notify NICS.

Even though the bill had smooth sailing in the House, some citizens are voicing reservations that it may needlessly penalize lawful gun owners with health issues.

“Should we be able to tell a veteran who served our country that has post-traumatic stress that they can’t have a firearm? I don’t think that’s right. So, there’s just a lot to consider,” said gun-rights supporter Cindy Almonte.

Various gun-rights organizations have long voiced support for increased reporting to the NICS in order to make the system more effective.

One of the most vocal has been the National Shooting Sports Foundation (NSSF), which has sponsored their “FixNICS” campaign to help push for legislation such as that in Rhode Island.

“We support the bill which is a result of our FixNICS campaign to have records of prohibited persons under current law put into the background check system,” said Lawrence G. Keane, senior vice president, assistant secretary, and general counsel for the NSSF to Guns.com Wednesday.

The Rhode Island bill is the latest step in enhancing the NICS program to increase the number of mental health prohibitions submitted nationwide.

The Rhode Island house bill is now entered into the senate as SB 2774(A) and has already passed the judiciary committee on its way to a floor vote. If passed and signed into law, it would take effect January 1, 2015.