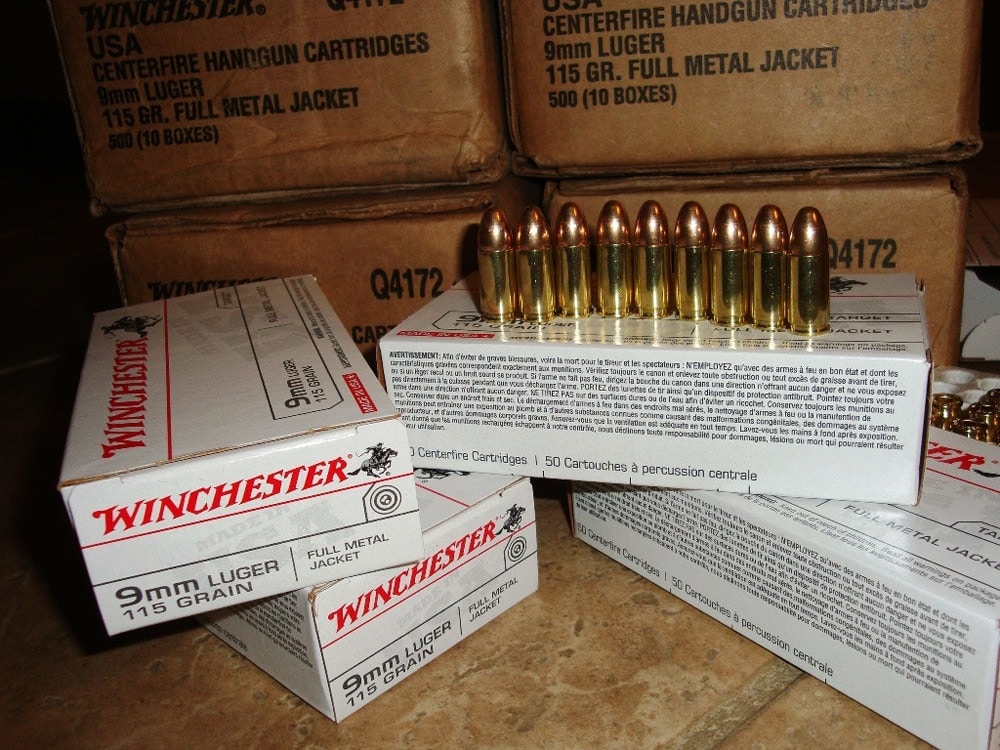 The kind of 9mm Winchester ammo the military ordered.

Winchester Ammunition was awarded a $27.6 million contract with various branches of the U.S. military to produce 9mm ammo.

The Naval Surface Warfare Center processed the contract and awarded it to the Olin Corp., the parent company of Winchester Ammo, on June 2.

Winchester will provide 9mm frangible ammo to the Air Force, Coast Guard and Navy so troops can train for indoor and outdoor close quarters battle.

Stock analysts warn that Olin, which owns two chemical plants in addition to Winchester, is a risky investment, due to poor earnings quality and slow growth. While the ammo plant has been booming over the last year and a half, the expects the unusually high demand is expected to peter off and return to a normal level.

In May, the U.S. Army awarded a five-year contract with Alliant Techsystems to supply .300 Winchester Magnum ammunition.

Although Olin is headquartered in East Alton, Illinois, the work will be done in Oxford, Mississippi, completed by June 2019.