An armed intruder narrowly escaped an early morning break-in after a homeowner shot him in the neck on Wednesday, and he had to rely others in the neighborhood for help.

A Union Township man woke up around 2:30 a.m. to find three people, two armed men and a woman, inside his home, the Cincinnati Enquirer reports. The homeowner armed himself with a gun and shot one of the suspects, Demetrius Robinson, 24, in the neck, at which point all three fled.

“The homeowner woke up to a tussle, to sounds of a disturbance, and he defended himself by firing a shot and injuring one of the suspects,” Union Township Police Sgt. Jeff Brown said.

The two uninjured suspects, a female, 17, and a male, 16, drove away in their car, leaving Robinson to fend for himself. Robinson was seriously injured and bleeding profusely, but managed to break in to another house seeking help, only to be forced back outside by the homeowner. 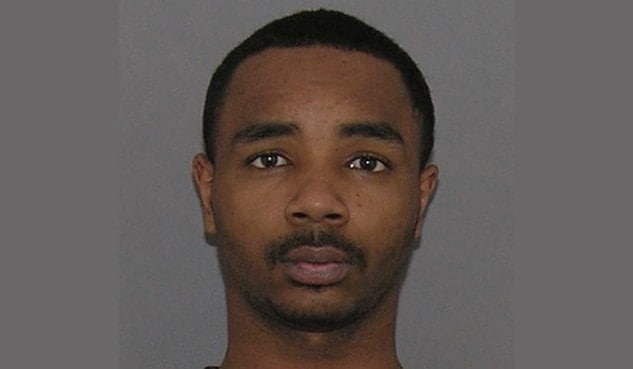 Demetrius Robinson was shot in the neck after he broke into a house, but then managed to break into another house in search for help. (Photo credit: Fox)

The local NBC-affiliate reported that the homeowner of the second house called 911.

Union Township police responded to the scene and Robinson was transported to UC Medical Center, where he was listed in critical condition.

Police quickly set out in search for the other two suspects and after pinging their cellphones, located them in the parking lot of an apartment complex less than a mile away.

Robinson will be charged once his condition is fully known.

Brown said that the homeowner who shot Robinson was acting in self-defense and he doesn’t anticipate any charges being filed.

“Nothing is clear-cut until our investigation runs it course, but preliminary investigation indicates this was a homeowner defending his property. But, things aren’t always as them seem, unfortunately, in our line of work,” Brown said.

Detective Rodney Combs, with the Union Township Police, said that because the homeowner feared for his safety, it was justifiable to shoot.