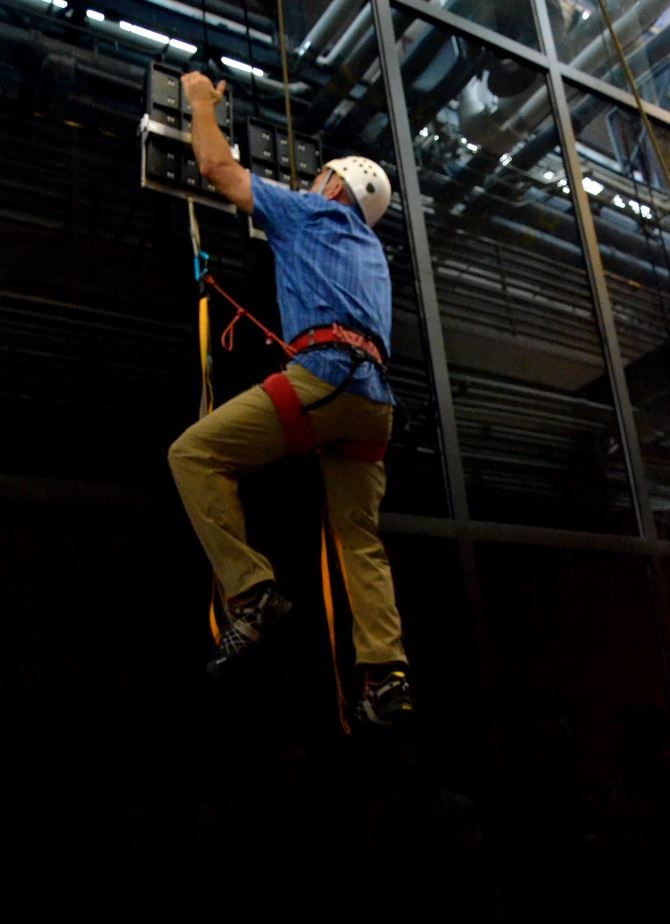 DARPA just announced a breakthrough in their “Z-Man” program that aims to “Develop biologically-inspired climbing aids to enable warfighters to scale vertical walls constructed from typical building materials, while carrying a full combat load, and without the use of ropes or ladders,” according to their project page.

“Geckos, spiders and small animals are the inspiration behind the Z-Man program. These creatures scale vertical surfaces using unique systems that exhibit strong reversible adhesion via van der Waals forces or hook-into-surface asperities. Z-Man seeks to build synthetic versions of these biological systems, optimize them for efficient human climbing and use them as novel climbing aids.”

“The gecko is one of the champion climbers in the Animal Kingdom, so it was natural for DARPA to look to it for inspiration in overcoming some of the maneuver challenges that U.S. forces face in urban environments,” said Dr. Matt Goodman, the Z-Man program manager. “Like many of the capabilities that the Department of Defense pursues, we saw with vertical climbing that nature had long since evolved the means to efficiently achieve it. The challenge to our performer team was to understand the biology and physics in play when geckos climb and then reverse-engineer those dynamics into an artificial system for use by humans.”

DARPA’s got a working prototype based on geckos’ feet, and amazingly enough, it works. It works really well. So well, in fact, that you can hang hundreds of pounds off just one of their wall-clinging panels.

Reason number 1,001 that you don’t want to piss off U.S. troops. Pretty soon, we’ll have an army of Spider-Men. Well, gecko-men. 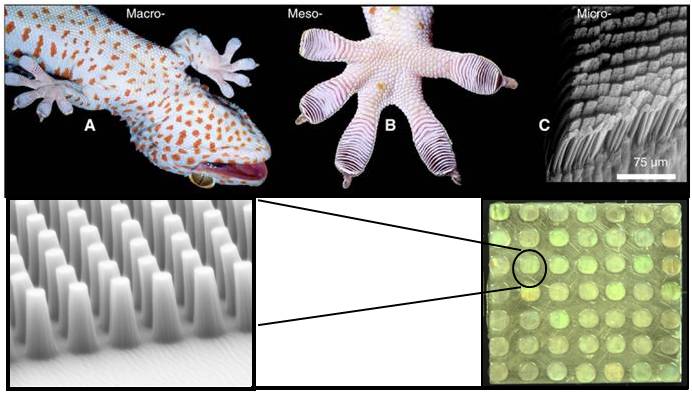 Top: a gecko at various degrees of magnification. Bottom: the Z-Man wall-climbing material at a similar magnification (photo credit: DARPA).

For more details about this awesome new tech check out the DARPA release.