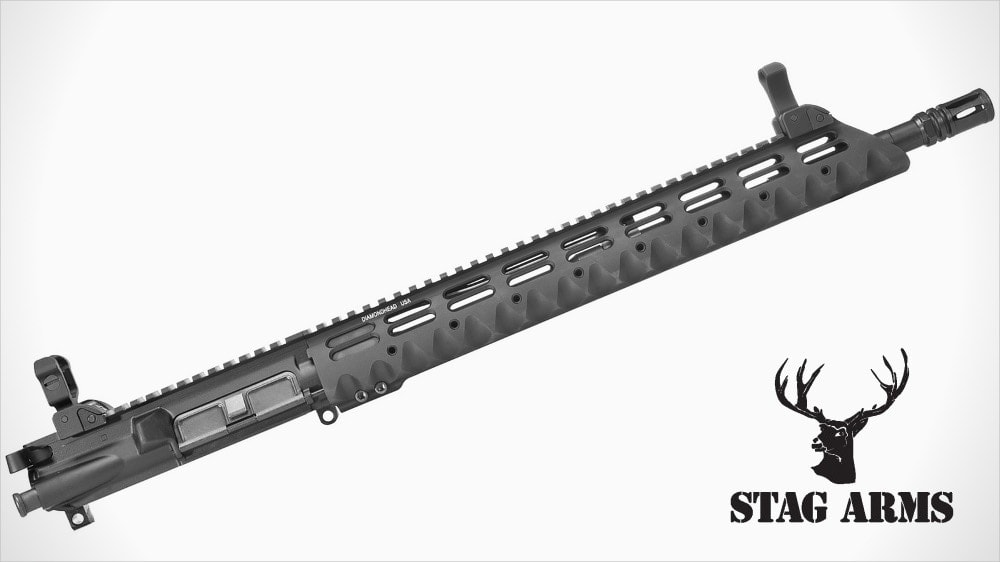 Stag Arms announced that it will now selling the 3TH-M uppers separately, not just as complete rifles. These higher-end uppers are designed for competition and tactical shooters who want more than the average M4-style carbine.

This is also great news for lefties as the 3TH-M is offered in both right-handed and left-handed configurations. Like many Stag rifles, it’s offered in 5.56/.223 Remington and .300 AAC Blackout.

The 3TH-M is built around a standard upper receiver and uses a carbine-length direct impingement gas system. It has a 16-inch M4-profile barrel with a low-profile gas block and is fit with a time-tested A2 flash hider.

What makes the 3TH-M stand out is the installation of a long 13 1/2-inch Diamondhead VRS-T free-floating hand guard and a matching set of flip-up Diamondhead iron sights. 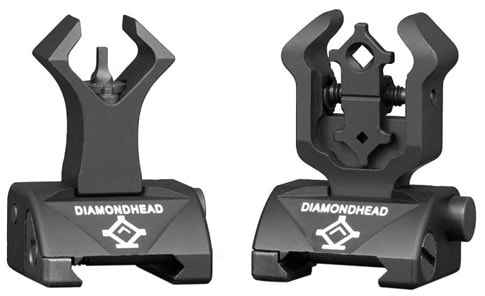 The VRS-T is a modular free-float rail with a integral Picatinny rail up top and is threaded along the 3-, 6- and 9-o’clock positions for optional rail sections, giving users a huge amount of flexibility when it comes to customizing and accessorizing their rifle.

The hand guard is made from 6061-series aluminum to stay nice and light and is relieved to provide a comfortable grip all along the length of the hand guard. This is a nice touch and 180 degrees from the “cheese grater” quad rail hand guards out there.

Another nice thing about the hand guard is the swept muzzle end that almost reaches to the end of the barrel. This lets users really get a forward grip on the rifle and allows shooters to lay the rifle across barriers for stability. Whether this if for 3-gun, shooting rests or duty use the extended rail adds a layer of flexibility to the 3TH-M upper other uppers can’t compete with.

Combined with the Diamondhead sights, these two upgrades alone are worth well over $400, which makes the total price of the 3TH-M upper exceptionally competitive.

Additionally Stag can customize 3TH-M uppers to comply with state restrictions for users in states like Connecticut, New Jersey, New York and Massachusetts.

Other options are available to purchasers who want to upgrade their 3TH-M beyond the standard configuration, including optional full-auto-rated and chrome-lined bolt carrier groups, Stag Arms compensators, Magpul fore-grips, Streamlight weapon lights and optics options from EOTech and Trijicon.

Given the value of this package it’s pretty tempting to switch up to an M16 bolt carrier group or add on that Streamlight flashlight.

If you’re looking to throw a quality free-float upper on that lower you picked up last year and haven’t gotten around to putting everything together, you might want to check out the new 3TH-M uppers from Stag Arms. You’d be hard-pressed to find a more appealing upper that’s good to go right out of the box with these features at these prices.