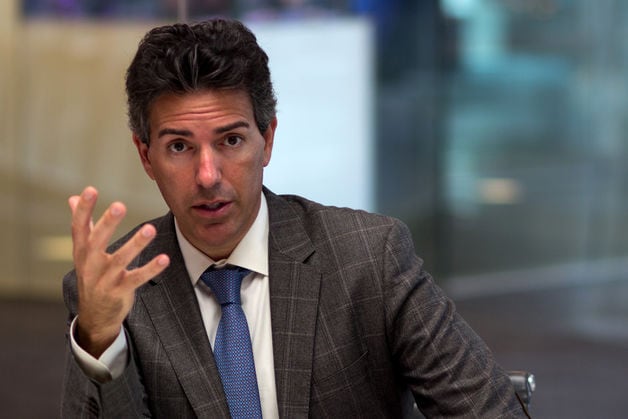 Wayne Pacelle, president, and CEO of The HSUS is leading the organization in calling for a ban on traditional ammunition on public lands. (Photo credit: Phillip Lewis/Bloomberg News)

The Humane Society of the United States (HSUS) is leading a dozen animal protection organizations in asking the federal government to prohibit the use of traditional ammunition on public lands.

The petition calls upon the Department of the Interior to require the use of non-lead ammunition when discharging a firearm on the more than 160 million acres of federal lands managed by the National Park Service and the U.S. Fish and Wildlife Service.

The groups contend that 10 to 20 million birds and other animals die from lead poisoning each year due to fragments left behind by traditional ammunition.

“Lead ammunition continues to kill long after it leaves the gun barrel. Lead-free alternatives are available, affordable, and sensible,” said Wayne Pacelle, HSUS  president and CEO in a statement Tuesday.

Pacelle contends the best way to enforce a switch to lead-free ammunition would be through federal mandate and restriction, saying, “As the nation’s principal habitat conservation steward, the Department of the Interior has a duty to stop what amounts to a public-lands poisoning program that claims countless animal victims up and down the food chain.”

The petition, signed by the HSUS, the Fund for Animals, Defenders of Wildlife, the Natural Resources Defense Council, the Wildlife Conservation Society, and others, asks that the federal government mandate the use of non-lead ammunition for the taking of all species in areas managed by the National Park Service and U.S. Fish and Wildlife Service. This would put one-fifth of the total land area of the United States off limits to hunters with traditional ammunition.

The supporters of the measure argue that more than 130 species, including threatened and endangered wildlife as well as iconic species like bald and golden eagles, have been poisoned or killed by lead ammunition. Currently lead-free ammunition restrictions, adopted in 1991, are only in place for waterfowl such as duck and goose species.

The petition coincides with a controversial U.S. Fish and Wildlife study regarding traditional ammunition and mortality of bald eagles in the upper Midwest.

However, some contend that the HSUS-led petition is a creature of an altogether different breed.

“The goal of the HSUS’s petition isn’t to ban hunting with traditional ammunition on public lands,” said Lawrence G. Keane, the senior vice president, assistant secretary and general counsel to the National Shooting Sports Foundation (NSSF) in an interview with Guns.com. “Rather, the longstanding goal of the HSUS is to ban all hunting worldwide.”

Keane explained, “The petition filed with the Department of the Interior, like the recently enacted total ban on hunting in California with traditional ammunition, are standard HSUS tactics to achieve their goal.”

The NSSF has long held the HSUS publicly accountable, publishing what it calls the group’s “anti-hunting playbook” online, in addition to pointing out what the trade group contends are deceptive fundraising tactics.

“HSUS can’t camouflage its true motive for its Lead-Free campaign. They see it as a means to ultimately bring an end to the hunting tradition,” said Keane.

In an attempt to preserve that tradition, Keane is calling on the more than ten million hunters in the country to get involved.

“The question is whether hunters and sportsmen are gullible enough to believe that the HSUS thinks hunting is acceptable just so long as hunters and sportsmen used alternative ammunition, or whether they stand up for principle of science-based wildlife management by contacting Secretary of the Interior Sally Jewell at 202-208-7351 and urge her to reject this anti-hunting petition,” said Keane.