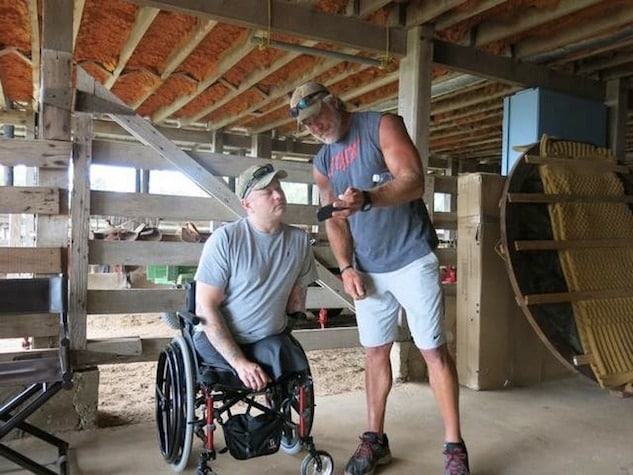 Retired NFL quarterback Brett Favre had the opportunity to spend some time with wounded Army veteran Rusty Dunagan in Mississippi on Monday.

Favre met with Dunagan and his family on their farm after auctioning off a personalized training session last year as part of a fundraiser for Hope Village, an organization that helps lead abused, neglected, or abandoned children “to a place where hope is born.”

Actor Gary Sinise, who starred in “Apollo 13” and “CSI: NY,” won with the highest bid and pledged to donate the session with Favre to a wounded veteran. Finally, after a long wait, the former NFL star was able to provide that training session, though Favre said they’d probably just end up going fishing, Military Times reports.

“I met Gary last year after I retired out of the military, Dunagan said. “He came down to Brooke Army Medical Center to put on a concert for the troops.”

Later, through his Smart Homes for Heroes project, Sinise helped get Dunagan situated with a new home, where he now lives with his family.

Dunagan enlisted in the Army in 2006 and nearly four years later, in 2010, he was deployed to Afghanistan. Seven weeks into his tour, Dunagan was standing on top of an IED when it detonated and blew him into a nearby creek.

“I was conscious the whole time and I was trying to recover myself, trying to figure out why I couldn’t’ get out of the water,” Dunagan said. “That’s when I realized both my legs and my left arm were gone.”

Dunagan said that while he was in a peaceful state of mind, he was intent on making it home to his family. 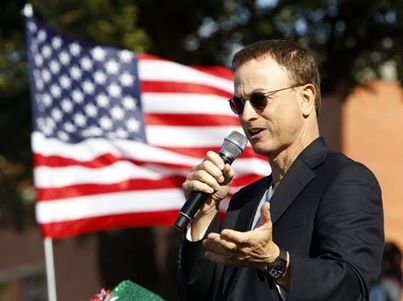 The meet was made possible, in part, because of Sinise’s purchase and donation of Favre’s volunteered training session back in 2013.

For Sinise, giving back to Dunagan was just one small way to say thank you.

“The meeting between wounded U.S. Army veteran Rusty Dunagan and Brett is a way we can take a moment to give back and say ‘thank you’ to a man who sacrificed so much in service to our country. Andy by helping Hope Village at the same time, it’s a win-win,” Sinise said.

Favre, who expressed how fortunate he and his family have been over the years, said being able to hang out with Dunagan was one of his overall highlights.

“I’m honored to help,” Favre said. “Believe me, I know how blessed my life, as well as how my wife and I – how blessed our lives have been and the fact that we can help people and touch other peoples’ lives. We grew up humble, modest. We are very fortunate to have the success that I have had over the years – the things we have been able to do and see and experience is just truly a blessing. This ranks right up at the top.”