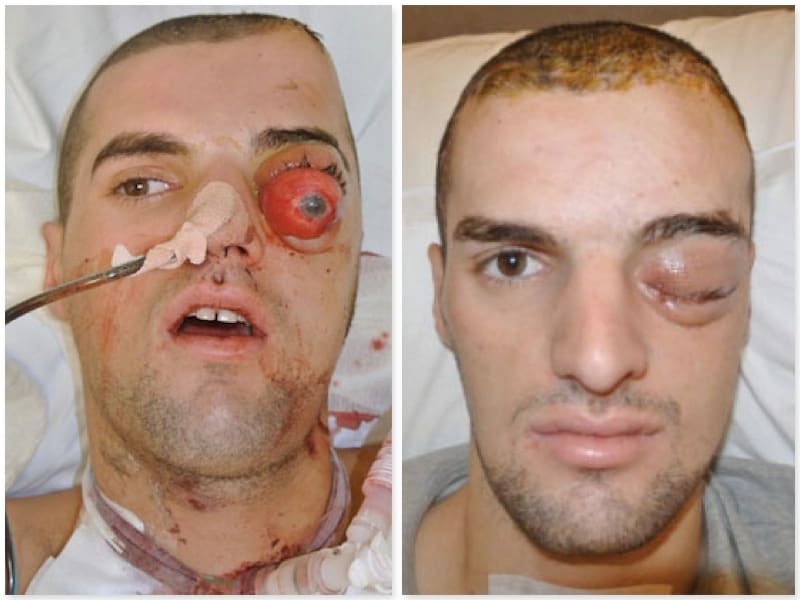 The 20-year-old Albanian man suffered a cerebral frontal hernia after shooting himself in the head during a game of Russian roulette. But just 30 days later his eye is back in its socket and the wounds have begun to heal.

An Albanian man playing Russian roulette shot himself in the head with a .22-caliber revolver last October, yet amazingly, he survived.

When the drunken 20-year-old sent the bullet whizzing through his skull, it literally popped his eye out. Shortly thereafter, another player and a female observer fled the scene, Gawker reports.

Based on the description, it’s likely he put the gun in his mouth at a slight angle and pulled the trigger, sending the bullet through the roof of his mouth and out the side of his head.

A photo taken 30 days later shows his eye back in its socket, if not still a bit swollen.