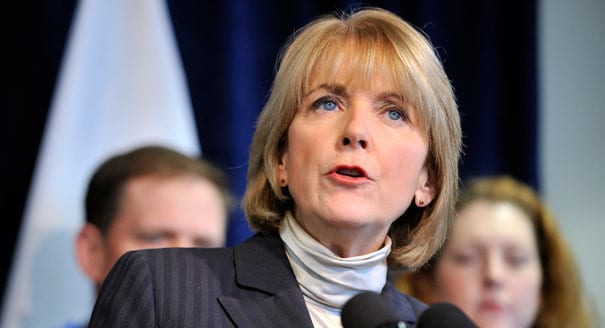 The Second Amendment Foundation and others filed a lawsuit Wednesday in federal court contending that the Massachusetts regulations on pistol “load indicators” are “unconstitutionally vague and ambiguous.”

If successful, the suit would bock the state attorney general Martha Coakley’s office from enforcing state regulations that prohibit sales of certain semi-automatic handguns that do not meet the Commonwealth’s standards. These standards, according to gun rights advocates, are the problem.

“We’re asking the court to put a stop to what we believe is arbitrary enforcement of the regulation, because it deems 3rd and 4th generation Glock pistols lack an ‘effective load indicator’ device,” said SAF founder and executive vice president Alan M. Gottlieb. “How can anyone design something when there is no description or explanation of exactly what such a device is supposed to do and how it is supposed to do it?”

The suit, Draper v Coakley, was filed June 11 in the U.S. District Court District of Massachusetts in Boston. In it, six consumers and two firearms dealers, joined by the Commonwealth Second Amendment group as well as the SAF, are challenging Coakley’s office over its interpretation of the required “load indicator.” The 28-page complaint asks for injunctive relief from this requirement, calling it, “unconstitutionally vague and ambiguous” because it does not define what this device is, or what it is intended to do.

Each of the plaintiffs contend they are prevented from buying 3rd and 4th generation Glock handguns, as the AG argues that the pistols in question do not comply with the regulation and are thus not approved for sale in Massachusetts to civilians.

“We’re hopeful that we can get this resolved rather quickly because the way the regulation is currently being enforced makes absolutely no sense at all,” Gottlieb said, explaining that the Glock pistols being disputed have an extractor-based load indicator that reveals at a glance whether there is a cartridge in the chamber.

However, Coakley’s office maintains that they advised Glock as far back as 2004 that their current line of handguns do not meet the commonwealth’s requirements as they lack an acceptable load indicator or magazine safety disconnect. These bar transfer of Glock handguns to civilians but not to law enforcement in the state, as noted in the SAF’s complaint.