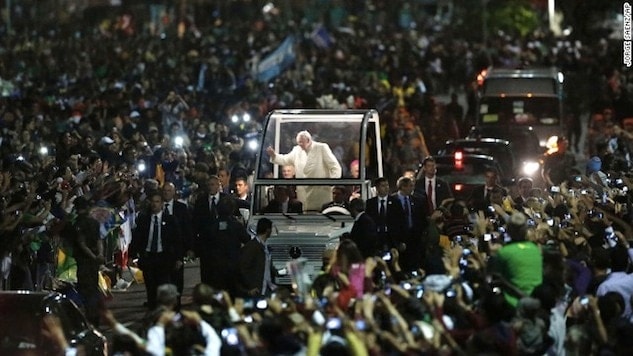 Pope Francis foregone his bulletproof Popemobile because he feels the glass “sardine can” presents an unneeded barrier between himself and his people.

The decision to travel in public without the protection of bulletproof glass has been a headache for his security detail, but Pope Francis says that whatever happens to him is in God’s hands, CNN reports.

“I know that something could happen to me, but it’s in the hands of God,” Pope Francis said.

Pope Francis recognizes his decision is a source of potential harm for him, but he says he just too old for it to matter.

“It’s true that anything could happen, but lets face it, at my age I don’t have much to lose,” Pope Francis said.

Instead of travelling behind inches-thick bulletproof glass, the Pope now travels in Fiat hatchbacks, or sometimes another, open-topped Popemobile.

Why has he chosen to put himself harms way? Pope Francis says being able to speak with and meet people is an integral part of his papacy, and he just can’t do that if he’s lodged in-between sheets of bulletproof glass. 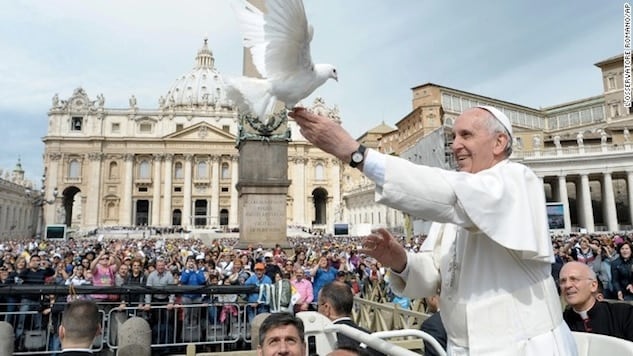 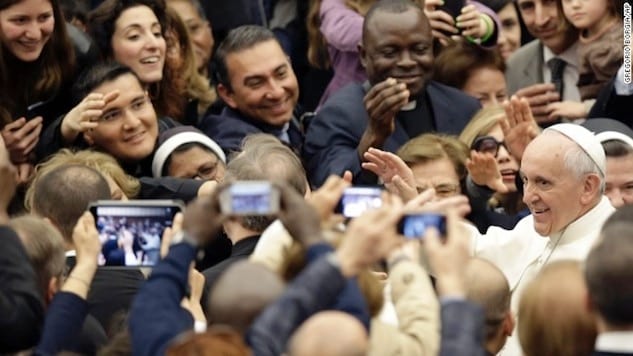 The Pope, sans Popemobile, is swarmed by people at the Vatican.