Got arm brace? Check out these SB15 buffer tubes for your AR-15 pistol 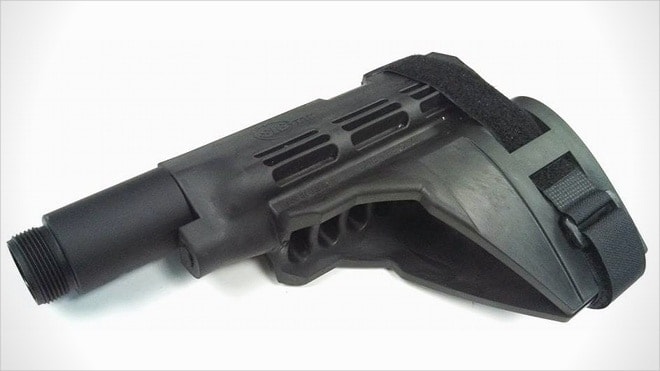 SIG Sauer’s SB15 arm brace has radically changed the AR-15 market, accelerating the adoption of AR-15 pistols everywhere. Designed to make shooting AR pistols one-handed easy, they can also be shouldered more-or-less comfortably and more importantly legally, giving SB15 users some of the look and feel of short-barreled rifles without the hassle of jumping into the world of National Firearms Act-regulated items.

It’s not adjustable, it’s a little flimsy and it’s on the short side but it works, both as intended and as an SBR-lite alternative, and people everywhere are getting in on that sweet SB15 action, not just SIG who offers a handful of rifle-pattern pistols with SB15 pistol braces.

These pistol buffer tubes are extended to lets users hold their pistol a little further away from their chests when firing them while shouldered. This gives them the reach to make shooting more comfortable than when the brace is installed on a standard pistol buffer assembly.

The original KAK SIG Pistol Buffer Tube has a thick, straight extension on the tube that stops an installed brace from slipping forward down the buffer tube, while the Super model has a swept, machined extension.

A simpler design, the standard KAK tube runs just $32 by itself. KAK Industry offers discounts for bulk buys as well as packaged as complete buffer assembly kits including the recoil spring, buffer and endplate. These kits are priced at $58 with a standard endplate and $78 with a quick-detach sling point endplate.

The tapered Super model starts at $42 for the basic tube. Like the basic version it’s also offered with kits for $73 and $93 with plain endplates and Q.D. sling point endplates respectively. The basic model screws right into the buffer tower while the Super has an anti-rotation index and installs using a castle nut like a carbine buffer tube. 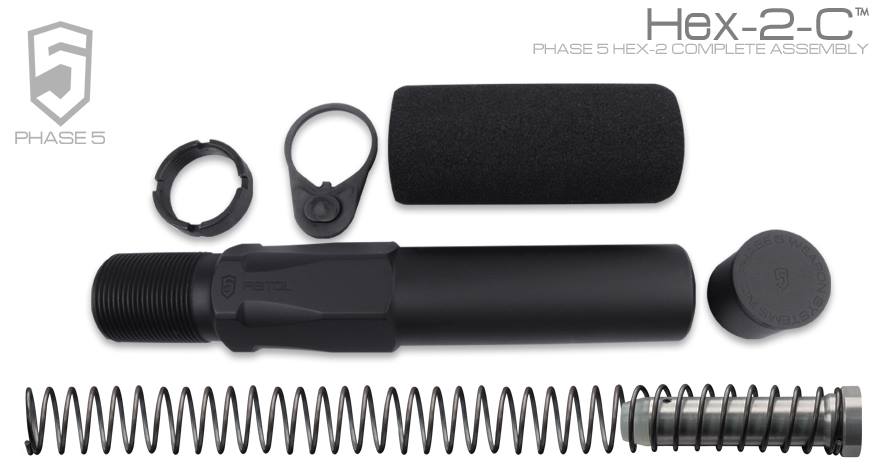 Phase 5 carries just one SIG SB15 buffer tube but it’s a cool one. Like the KAK models it holds the brace out a little further from the upper receiver, but it is not an extended buffer tube.

The Phase 5 Hex2 is a pistol-length buffer tube with a long hexagonal extension that runs about halfway down the length of the tube. This acts as a stop for a SB15 brace or standard buffer tube cover. 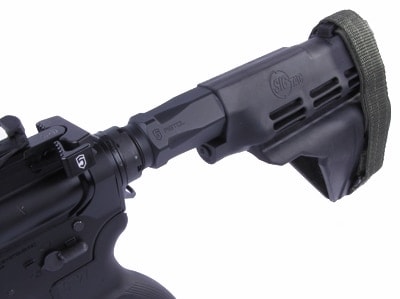 The hexagonal extension is a perfect match for the SB15, though, which hangs off the tube by a short amount. Taking advantage of this cavity, Phase 5 includes a tube cap that lets users store accessories in the brace like a rifle stock. This compartment can be used to stow a bottle of lubricant, a pull-through cleaning kit, batteries, a bolt repair kit or whatever else a user might want to pair with their pistol.

The Hex 2 mounts like a standard carbine buffer tube with an index and a castle nut, like the KAK Super tube. One nice little addition to the Hex 2 is an anti-tilt extension at the base of the buffer tube for use with gas piston systems. Most modern gas piston setups are relatively tilt-free but this is a nice extra touch of insurance.

Priced at $60 the Hex 2 is also very appealing. It comes with an endplate, a castle nut, storage compartment insert and a nitrile foam buffer tube cover. All that’s needed is a buffer and action spring.

If you’re building a pistol buffer with a SIG Sauer SB15 pistol brace then put KAK Industry and Phase 5 Weapon Systems on your short list of buffer tube manufacturers. These are perfect for all SB15 builds and won’t break the bank.