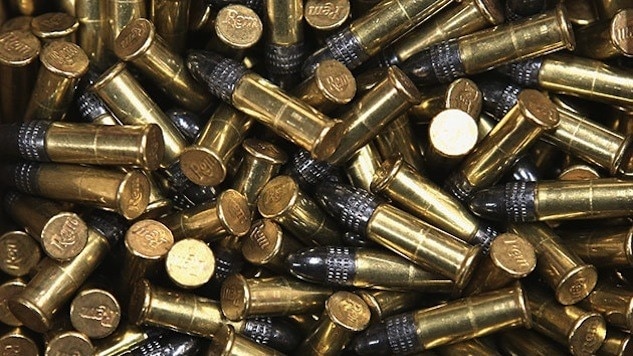 A pile of .22-caliber bullets.

A 12-year-old boy was injured by an exploding bullet after he held it under a flame Sunday afternoon in Dayton, Texas.

“He had held a cigarette lighter under a .22-caliber round to see what would happen,” according to the police report. “The bullet exploded, sending bullet fragments through his left middle finger and lodging in his left eye lid.”

The boy’s mother, Rachel Mendoza, transported her son to an area hospital, stopping at a McDonald’s along the way, where Liberty County deputies met up with her.

“There was a little blood and he will have some scars, but I think he did gain some knowledge,” said Liberty County Sheriff’s Capt. Ken Defoor, adding the boy was lucky to have not suffered more serious injuries.

When the bullet detonated, shrapnel was flung into the boy’s finger and eyelid.

The boy was said to have suffered non-life threatening injuries.