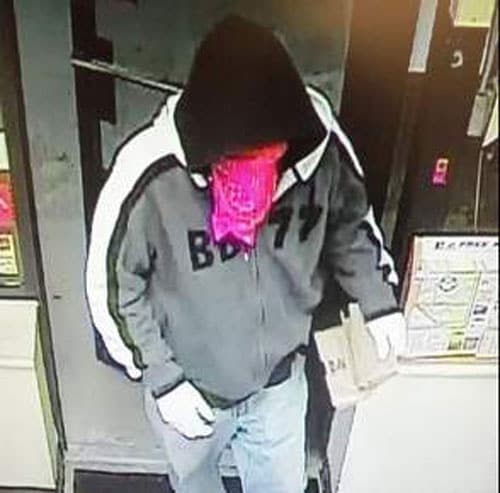 A clerk at a convenience store in Rutland, Vermont, may have stopped an attempted robbery Sunday night, but according to the Rutland Herald, the man’s actions may have also cost him his job.

It was about 9:30 p.m. and 58-year-old Don Pitaniello was closing down Mac’s Convenience Store for the night when a man, with quite obvious ill intentions, walked through the door.

“I looked up when I heard the doorbell chimes and saw the hoodie, the bandana, and a bag in his hand,” Pitaniello said Monday. “He walked up to the counter, laid the knife on it and said, ‘Empty the register.’”

But Pitaniello was way ahead of the game and already had his .380-caliber pistol in his hand and behind his back before the suspect ever even got to the counter.

“I knew his intentions as soon as he came in,” Pitaniello said. “When he told me to empty the register, I cocked my head and said, ‘Really?’”

At that point, the suspect waved a knife in the clerk’s face in an apparent attempt to show his lack of fear – until the clerk pointed his handgun at the suspect’s face.

“I told him he better get the (expletive) out of there,” Pitaniello recalled.

The suspect complied and was out the door – empty handed – within a matter of seconds and Pitaniello ran after him in order to tell police which way the suspect fled.

Pitaniello told reporters that the store had already been robbed eight or nine times, twice in the past week alone. But although Pitaniello prevented the latest robbery – all with no injuries – he was suspended for violating the company’s no guns policy as well as going against the company’s policy to not chase robbers out of the store.

Nonetheless, Pitaniello, a Vietnam vet who says he has always carried a gun, doesn’t at all regret his actions.

“I’m a firm believer in having a gun and not needing it rather than the other way around. I can always find a new job,” he said.

No one from the convenience store could be reached for comment.