The Cockpit Block 50 Ground Control Station gives drone pilots a better view of the battlefield and the option to fly the aircraft using a video game-like controller. 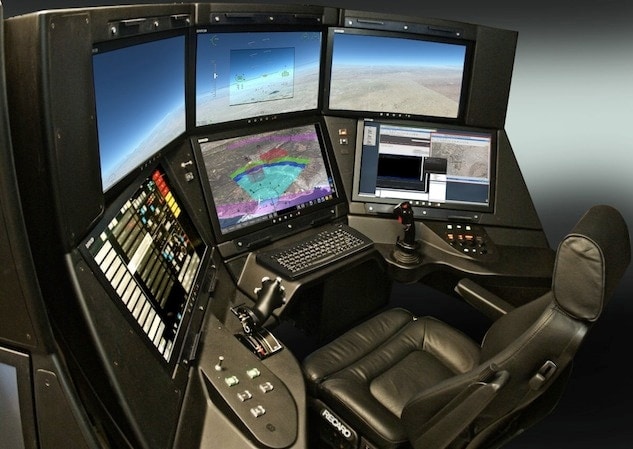 A new enhanced “drone cockpit” looks more like a gamer’s paradise and less like a tactical battle station.

The enhanced cockpit by drone-maker General Atomics Aeronautical Systems, called the Cockpit Block 50 Ground Control Station, not only affords pilots a better view of the battlefield, but also makes it easier to fly the drones and operate their weapons systems, Defense Tech reports.

The system is outfitted with six 24-inch high-definition touch screens that provide a 120-degree view of the battlefield, a video game-like controller, and a keyboard so the operator can chat and message.

Pilots can fly the drones via the traditional stick and throttle method, or, when their hands get tired after a lengthy mission, they can switch over to the video game-esque controller.

Christopher Ames, the company’s director of international strategic development, said, “There’s really no ground station in the world like this today.”