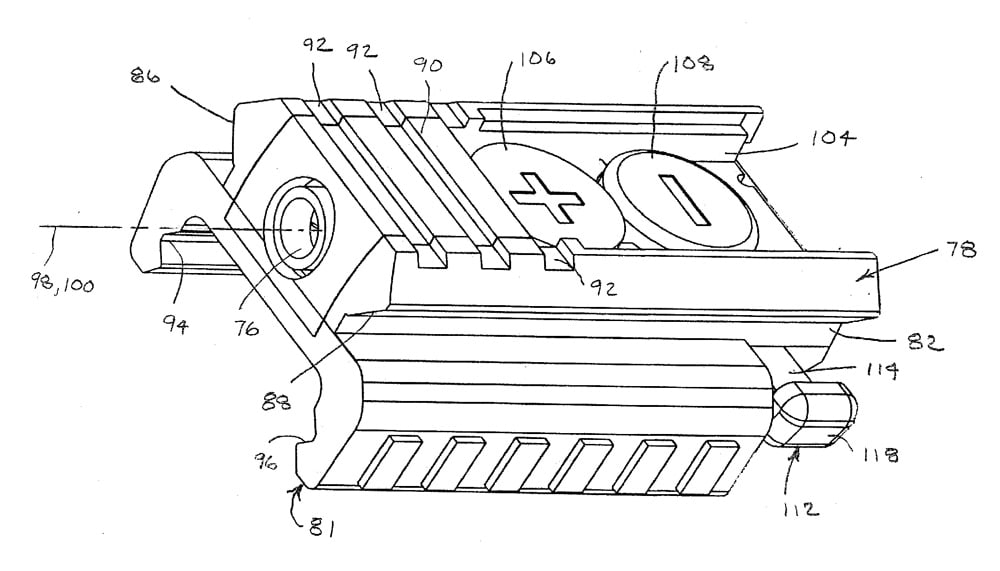 The LaserMax design for the Firearm Mount with Embedded Sight in question.

LaserMax, Inc filed a civil suit against the Sellmark Corporation for patent infringement in a U.S. district court on June 13.

According to the court complaint, LaserMax argues that Sellmark knowingly used its patented “Firearm Mount with Embedded Sight” design without permission and sold it under the brand names “Firefield” and “Sightmark.”

LaserMax, a New York-based company now registered in Delaware, explains that it has held the patent on the product since May 9, 2008, when it was registered with the U.S. Patent and Trademark Office, and that the patent expires in February 2026, so it is entitled to compensation for the use and sale of the design.

The company argues that Sellmark, a Texas company that owns a five gun accessory and hunting companies, violated Patent Laws of the U.S., Title 35 of the U.S. Code.

LaserMax alleges that Sellmark did not seek nor obtain a license for the patent. Additionally, it says that the Sellmark president, James Sellers, was notified about the infringement in April 2011, when it sent a letter explaining the issue and the patent. In response, Sellmark claimed that the patent was not archived.

LaserMax says it is entitled to monetary damages adequate to compensate for the infringement with interest, court costs and attorney’s fees.