Man shoots himself twice in one year, blames it on fake robbers both times 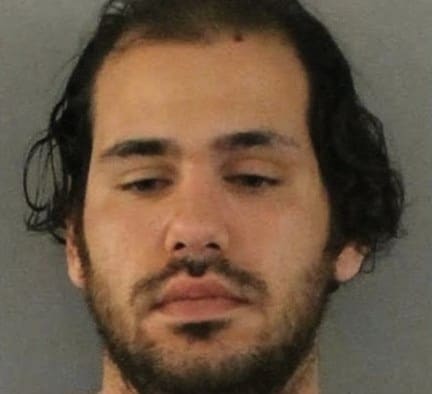 Peter Bonfiglio has shot himself twice in the last year. He was arrested both times after blaming the incidents on someone else.

Peter James Bonfiglio, 27, called the Charlotte County Sheriff’s Officer around 10:30 a.m. to report a crime. He claimed a woman he knew stole jewelry from him and a man he didn’t know shot him in the foot, but detectives were quick to surmise the truth, the CBS-affiliate reports.

Detectives spoke with the woman, who said Bonfiglio had sent her a text message seeing if she wanted to buy some jewelry. She went over to his house alone and said Bonfiglio’s foot was already injured when she got there.

During their investigation, detectives determined Bonfiglio had shot himself, most likely by accident. He was arrested for filing a false police report, violation of probation and was transported to an area hospital before being booked into the Charlotte County Jail where he is being held without bond.

But this isn’t the first time Bonfiglio has filed a false police report. Last October, he shot himself and was arrested after telling police the shooter was someone who had been concealed in the woods.