A soldier stationed at Fort Carson, Colorado, who is currently deployed in Afghanistan, has been diligently fighting to get his dog back after his ex-girlfriend sold it while he was away.

When Robert Gabbert shipped out to Afghanistan last March he left Baxter, his 3-year-old Shiba Inu, in the care of his former girlfriend. The ex-girlfriend put Baxter up on Craigslist and sold him to a new family who is now reluctant to return the pup, ABC News reports.

When Gabbert found out Baxter had been sold, he immediately posted a message to Craigslist asking for help. 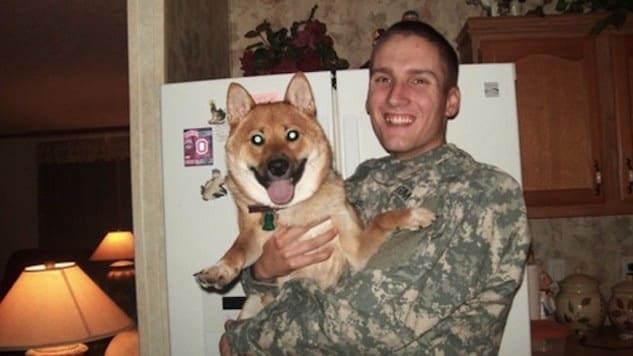 Gabbert continues to fight for his friend Baxter and after a joint effort between him, friends, and family, it looks like he may finally get his canine back.

“I am currently deployed and my ex sold my dog,” Gabbert’s note read. “I just found out and I am trying to find the people (person) who bought him. I will pay anything to get him back. His name is Baxter and he is an Shiba Inu. I do not have my phone with me. You can email me. The phone number is my mom’s she is helping me locate him. If you have any information PLEASE give us a call or an email.”

The note quickly went viral and Baxter’s new family was located. Gabbert’s mother, Karen Fraley, tried to convince the family to return the dog, but they were hesitant, saying their children had already grown attached. But Fraley said her child, Gabbert, is attached too.

“They keep saying they have children that are attached,” said Fraley. “Well, my child is attached to the dog. Just because he is older doesn’t mean he is not my child.”

From a legal standpoint, the new family doesn’t have to relinquish Baxter, and even if Gabbert takes them to court, the most he can win is the value of his former pet, not Baxter himself, the NBC-affiliate reports. 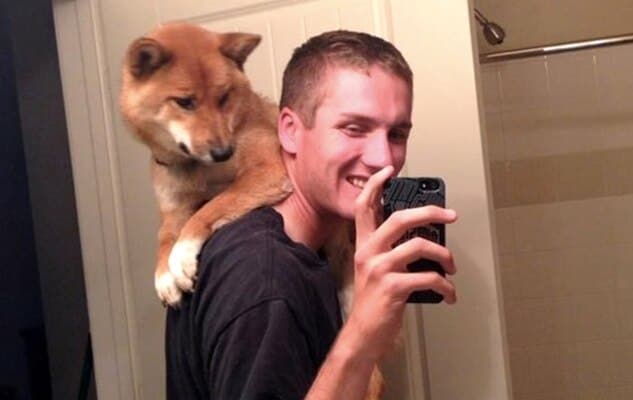 The family who is currently in possession of Baxter is working on an agreement to give him back.

“The courts will generally award the victim the value of the pet itself,” said Animal Law Enforcement Assistant Director Jamie Norris. “It’s unfortunate as pet lovers because you can’t put a price tag on a pet.”

But thankfully, a representative from the “Bring Baxter Home” Facebook page says the family has now changed their mind and is willing to return Baxter to Gabbert.

Baxter is still at the new family’s house and the agreement is being worked out.