A handcuffed drug suspect who was pinching a handgun between his butt cheeks fired at Denver police officers after his arrest Saturday.

Isaac Vigil, 32, was arrested for smoking methamphetamine. Denver police searched him three times before placing him the back of a patrol vehicle, but because he was “highly agitated,” they didn’t catch the Raven P25 .25-caliber handgun stashed between his butt cheeks, the CBS-affiliate reports. 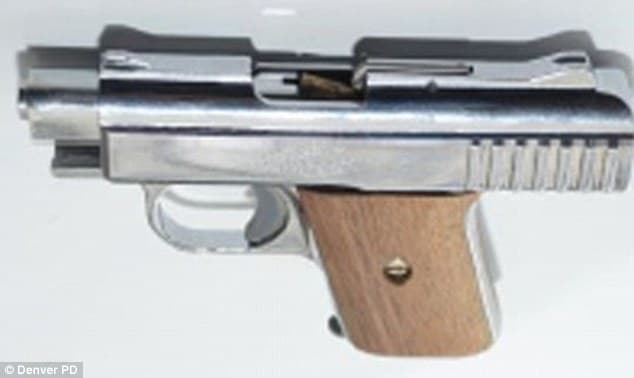 Vigil managed to sneak a .25-caliber handgun past three searches.

Vigil told police he had smoking methamphetamine for the last several days and that he didn’t want to go back to prison. He also threatened multiple times to shoot the officers and when they arrived at the police district, he tried to make good on his threat.

Vigil, who was still handcuffed, refused to step out of the patrol car. He managed to get two shots off from behind his back before his gun jammed. Police returned fire, striking him in the stomach.

Vigil was transported to an area hospital to be treated for his gunshot wound before being housed at the Denver Jail, where corrections officers discovered two baggies of meth stashed in his prison pocket.