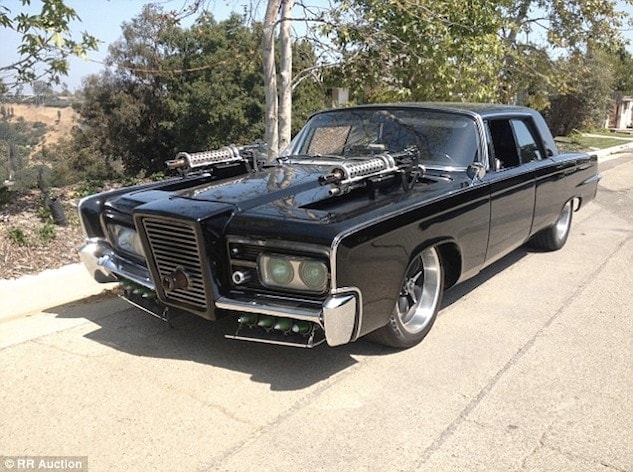 The Black Beauty comes stock with two hood-mounted Browning .30-caliber machine guns, which, when hooked up to propane, shoots flames out the barrels. 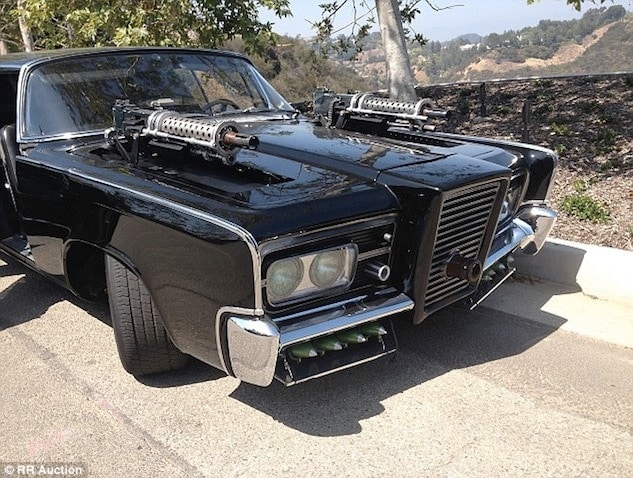 A total of 12 Stinger missiles are stashed in the front and rear bumpers. There are also shotgun barrels. 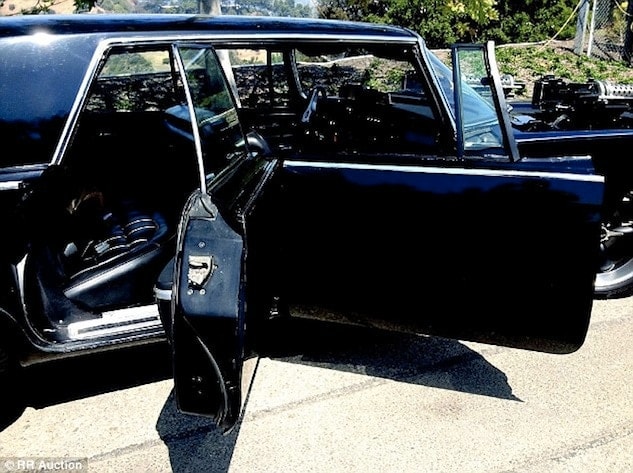 Every car should be built with suicide doors. 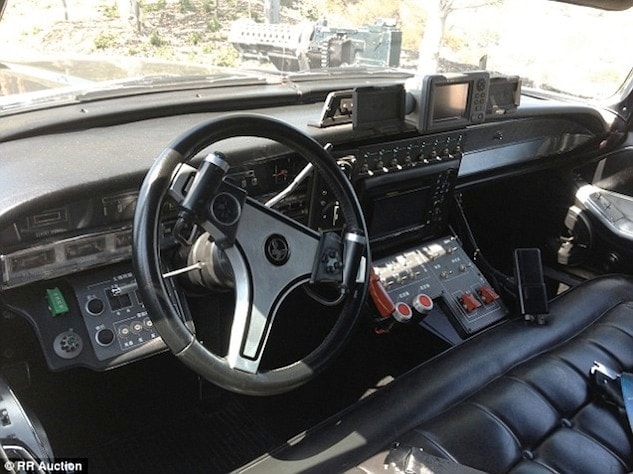 The interior is heavily modded as well. 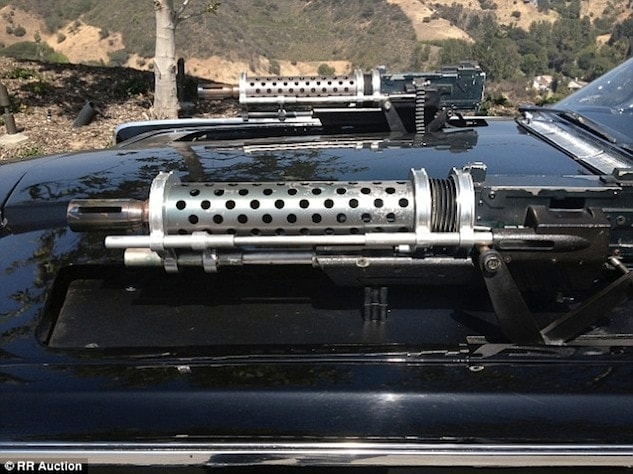 The Black Beauty used in the 2011 “Green Hornet” film is up for sale, and the killer car comes stock with a slew of awesome gadgets.

Jay Leno had a chance to get up close and personal with the Black Beauty. Check out the video below.