Isla Vista father overwhelmed by 'Not One More' response (VIDEO) 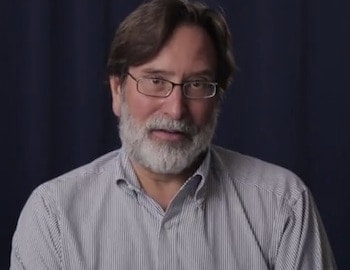 Richard Martinez, who following the death of his son started a “Not One More” campaign to urge lawmakers to find solutions to end gun violence. (Photo by Everytown for Gun Safety)

Richard Martinez, the father of Christopher Martinez, who was among the victims killed in a rampage last month in Isla Vista, California, expressed his appreciation in a video for the thousands of people who heeded his ‘Not One More’ call to action in an effort to spur national gun-control reform.

“Having your child die is the worst thing that can happen to anyone…” says Martinez in a video posted by Everytown for Gun Safety. “And there really aren’t words to describe the feeling that you have.”

Martinez then questions why he wasn’t more engaged on the issue following the December 2012 mass shooting at Sandy Hook Elementary in Newtown, Connecticut.

“I ask myself, where was I after Sandy Hook? Why didn’t I do something? If I had done something, if I had paid attention then maybe my son would be alive,” he states.

Believing others can learn a lesson from his inaction after Sandy Hook, Martinez is urging the public to reach out to lawmakers in Congress.

“I asked everyone to do one of two things, to either send a postcard or to post a hashtag to the politicians in Washington stating ‘Not One More,'” he continues, adding, “I’m overwhelmed with the response that we got: 600,000 Americans have sent over 2.4 million postcards. That’s a tremendous response and it’s one I don’t think the politicians in Congress can ignore.”

Yet, there’s good reason to believe that pleas for tougher gun laws will ultimately fall on deaf ears, not because politicians don’t want to curb gun-related violence but because there is no evidence that at least one of the policy solutions Martinez has tacitly endorsed — outlawing so-called “assault weapons” and “semiautomatic weapons” — would be effective.

“I understand this is a complicated problem. I have friends who are in the NRA. I grew up on a farm. I hunted. I killed animals. I understand guns,” Martinez told the Washington Post. “But assault rifles and semiautomatic weapons? There is no need for those except in war.”

The reality is is that there are more so-called “assault weapons” and semiautomatic weapons in circulation in America than ever before, yet gun crime has not increased it has actually declined since the Clinton Era “assault weapon” ban expired in 2004, suggesting that putting more of these “war weapons” in the hands of law-abiding citizens does not have a statistically significant impact on gun crime.

But suppose for a moment that these bans were effective at reducing gun crime, even then the government could not institute such a ban without going door-to-door and confiscating millions of firearms, which many reasonably argue would lead to an all out uprising.

All that said, Martinez is free to pursue his political objectives, though he shouldn’t be surprised if he comes up short because facts and common sense are not on his side.