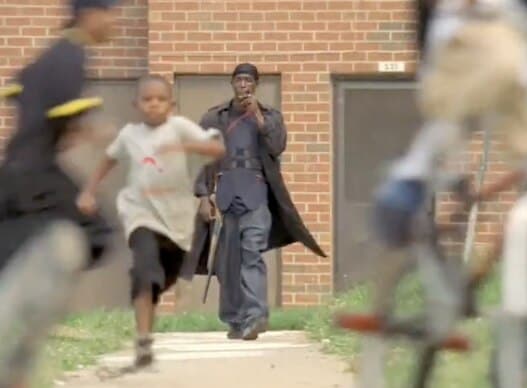 At first, authorities thought the suspect was Omar from “The Wire.”

According to court documents, Haugabook allegedly escaped from a halfway house in Hartford in July 2012. He was arrested on Feb. 3, 2014, when a parole officer found him in an apartment also in Hartford. Inside, the parole office noticed a gun in plain sight, so he contacted the Hartford Police, who seized a Harrington & Richardson Model Topper 158 shotgun with a sawed-off barrel, ammo, a Point Blank ballistics vest and a stun gun.

Haugabook has previous state convictions for first and third degree robbery, possession of narcotics and carrying a pistol without a permit.

The matter is currently being investigated by the Bureau of Alcohol, Tobacco, Firearms and Explosives and the Hartford Police Department.