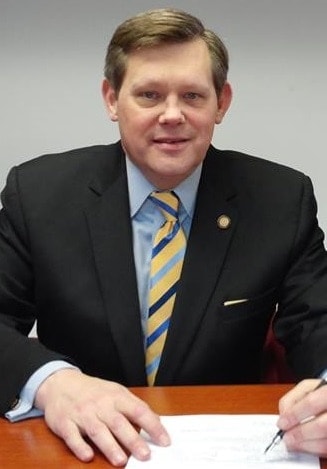 In a victory for gun rights, a long forgotten Jim Crow-era firearm registry in Durham County was repealed by the North Carolina state house last week by a unanimous vote.

The law, enacted in 1935, had required gun owners to register their firearms with the county clerk. Violations of the law were punishable as misdemeanors.

Repealing the law was a bipartisan effort by the Durham County Republican Party and local Democratic Sen. Mike Woodward.

“For decades, Durham County has been the only county in North Carolina to have a law requiring its residents to register their handguns into a county handgun registry,” the Durham County Republican Party said in a statement.

“This 79 year old legacy of the Jim Crow era has been repealed,” the statement continued.

Woodard had researched the old law, finding that it was still on the books, and submitted a brief bill to bring about its removal. The bill, SB226, entered the state senate on March 6, 2013. After more than a year of advocacy and support from grass roots groups, it passed the full house June 19, 2014 in a unanimous vote.

Since the bill only effects one county in the state, it did not require the governor’s signature and became law the same day it passed the house.

“Enacted in 1935, the registry was a way for the sheriff to capriciously apply ‘gun control’ to people based on their skin color,” the GRNC said in a statement. “These laws are rarely, if ever, enforced. Gun control proponents will tell you to just ignore these laws. But are you willing to risk a misdemeanor charge because of the whims of some Jim Crow sheriffs from the 1930’s?”

Jim Crow gun laws, aimed at refusing second amendment rights to African Americans, swept the country following the Civil War and were still being enacted as late as the 1940s in not only southern states but in places like Ohio and New York. Many of these, such as in Oklahoma were still being repealed as late as 2011.

“These cases are the product of one of the most shameful periods in American judicial history, when judges put aside the constitutions they had sworn to uphold and instead made themselves into tools of white supremacy and Jim Crow,” said respected gun-rights attorney Dave Kopel in the Santa Clara Law Review on the subject.

Meanwhile, although the Durham registry is a thing of the past, some 80 years of gun records stored in wooden boxes in the Durham County clerk’s office, still exist. Woodard advised the News Observer that the county sheriff would warehouse the files.