Burglar arrested after checking his Facebook from homeowner’s computer (VIDEO)

Nicholas Wig, 26, may have stolen some of James Wood’s personal belongings, but at least the burglar was kind enough to leave behind his identity. Wood, who wasn’t home at the time of the burglary, wasn’t about to let the golden opportunity slip by, so he posted to Wig’s Facebook and convinced the criminal to meet up, ABC News reports. 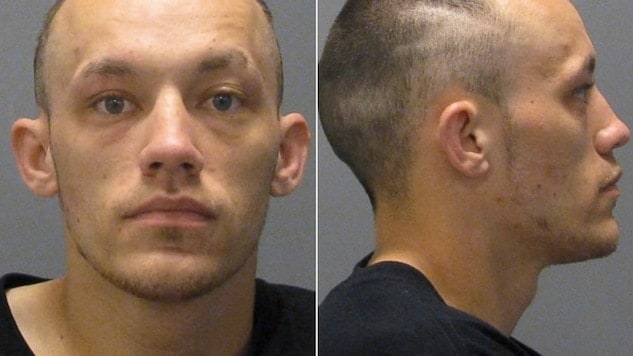 Wig was captured after he checked his Facebook from the victim’s computer while burglarizing the house.

It was raining out when Wig burglarized Wood’s residence so the crook dumped his soaking clothes and got to Facebooking. Before he left, he stole cash, a checkbook, credit cards, keys and a watch. He also forgot to log out of his Facebook profile.

When Wig returned home he noticed the pile of wet clothes on the floor and his missing belongings. He started to panic, but when he spotted Wig’s Facebook profile he had an idea.

“I replied, ‘You left a few things at my house last night, how can I get them back to you?” Wood wrote on Wig’s Facebook page.

Surprisingly, Wig agreed to meet. Wood, who was at a friend’s house, was driving home when he saw the burglar walking down the street. Wood called police and Wig was arrested.

“I’ve never seen this before,” Dakota County Attorney James Backstrom said. “It’ a pretty unusual case, might even make the late night television shows in terms of not being too bright.”