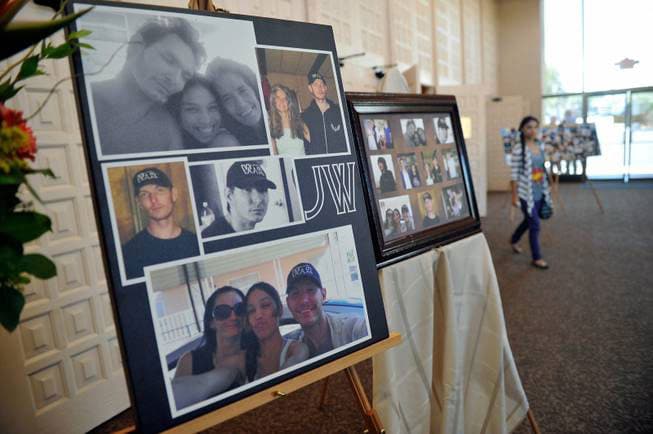 Joseph Wilcox was decsribed as a fun-loving guy who cared about others. (Photo credit: Las Vegas Sun)

A memorial was held Sunday for Joseph Wilcox, the man who was killed trying to save others during a shooting spree in Las Vegas earlier this month. Wilcox was honored as a man with “courage and heroism,” the Las Vegas Sun reported.

The shooting spree, which would eventually claim Wilcox’s life, started when Amanda and Jerad Miller ambushed two police officers — Alyn Beck and Igor Soldo — who were having lunch at a local pizzeria. The couple then moved on to a nearby Walmart to continue the carnage. But Wilcox, who was standing near the checkout lines when the two entered the store, sprang into action when he realized what was happening.

Wilcox pulled his legally carried concealed pistol and prepared to do what was necessary to stop Jerad. But unfortunately, Wilcox apparently did not realize that Jerad wasn’t alone and as he approached him from behind, Amanda came upon him and shot him in the ribs, killing him. Nonetheless, Wilcox’s quick thinking and courageous actions allowed numerous others to escape without being harmed.

Wilcox, who was said to love comic book super heroes, was honored as being a hero himself. He received the Civilian’s Medal of Valor and, although he was neither a firefighter nor a police officer, also received a police honor guard ceremony. In addition, his eulogy was presented by Sheriff Doug Gillespie.

“We’re here to honor him for the hero he was,” one officer in attendance was overheard saying. “He gave everything.”

“He made the decision to put his life in danger to help hundreds of others in the store. He is a man friends and family and the entire community should be proud of,” Gillespie said.

“Joseph exemplifies what it means to fear no evil. His courage is what we honor the most today,” he added.

Although too distraught to speak at the memorial, Wilcox’s family later released a statement to the media, thanking everyone for their overwhelming support.

“The day we lost Joseph, our lives changed forever,” the family said in a statement. “Each day is difficult, but the overwhelming love, words of encouragement and financial support you have graciously given us has made this life-changing moment a little less difficult… Our hearts ache, but we are not alone – our thoughts are with the family and friends of Officer Beck and Officer Soldo as they, too, try to continue their lives without their loved ones.”