Pennsylvania: Suit to allow Sunday hunting shot down, not protected by 2nd Amendment 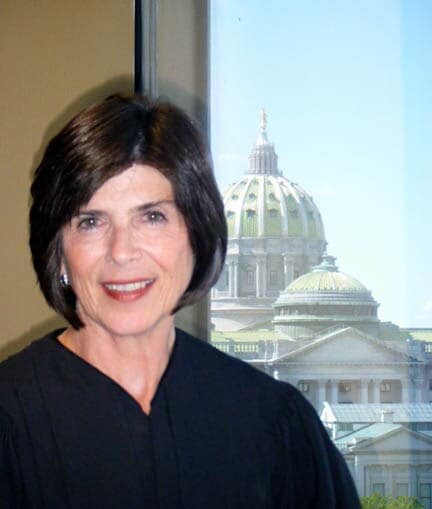 A federal judge found that the Second Amendment protections do not include recreational hunting in dismissing a lawsuit brought about to grant hunting on Sundays in Pennsylvania.

The suit, brought about by the Lancaster County-based Hunters United for Sunday Hunting against the Pennsylvania Game Commission, was an attempt to ask the courts to compel the state to end its so-called “blue law” forbidding the taking of either small or large game on Sunday.

The Keystone State is one of only 11 that currently prohibit Sunday hunting.

“The Court can find no legal support for Plaintiffs’ argument that Second Amendment protections extend to recreational hunting,” wrote Federal Judge Yvette Kane of the U.S. Middle District in dismissing HUSH’s suit in her June 18, 2014 decision.

Kane, a Clinton-era appointment, continued, writing, “Indeed, Plaintiffs’ use of this language ignores the context of the Supreme Court’s opinion, which actually ties the codification of the Second Amendment to the populace’s fear that the federal government would destroy the citizen’s militia by taking away their arms, not that the federal government would regulate recreational hunting.”

Kane also dismissed a further argument from HUSH that the Game Commission created multiple but discriminatory classes of hunters due to the fact that Pennsylvania hunters are restricted on Sunday to the taking of feral pigs, and varmints such coyote and fox, while small and large game animals are restricted.

Kane further rebuffed First Amendment claims made by the hunter’s group, holding that HUSH failed to explain how the ban violates religious beliefs or forces “them to participate in state religion.”

Reaction to the ruling

The National Shooting Sports Foundation, which was not a party to the suit, weighed in on the case.

“While we do not agree with the court’s decision based on the Heller decision, the ruling will only serve to strengthen the resolve of NSSF and the fellow members of the Sunday Hunting Coalition to reform antiquated blue laws and to give the professional game managers in Pennsylvania the discretion to permit hunting on Sunday as part of their scientific wildlife management plan,” said Larry Keane, NSSF senior vice president and general counsel to Guns.com Monday.

“We know the Commission in Pennsylvania supports repealing the statutory ban which is not based on any wildlife management principle,” Keane explained.

The game commission voted 4-3 in favor of asking the state legislature in 2010 to repeal the Sunday prohibition, but recreation and insurance groups blocked a 2011 bill sponsored by Rep. John Evans (R-Crawford) aimed at doing just that.

Attorney Stephen Halbrook, who litigated Virginia’s right-to-hunt guarantee, took exception with Kane’s ruling that hunting was not a fundamental right, saying, “This disregards that historically, hunting has been basic to the human existence.  Brushing the activity off as “recreational” ignores that hunting promotes basic survival.”

Halbrook expanded on this to Guns.com, “Further, the Second Amendment right to bear arms, the Supreme Court recognized in DC v. Heller (2008), was adopted in part so that people could have arms to defend themselves and to hunt.  While that does not resolve the issue of Sunday hunting, it suggests that the matter should not be lightly brushed off.”

“This case highlights what could be an important debate over the scope of the Second Amendment: does it guarantee a right to have a gun for any lawful purpose — or only for self-defense?” explained Adam Winkler, professor of law at UCLA, in an email to Guns.com.

Winkler continued, “The Heller decision failed to answer this question clearly. On the one hand, the Court emphasized throughout the opinion that self-defense was at the core of the Second Amendment. Yet the Court also referred to possessing a gun for any lawful purpose. ”

The problem at hand could prove a larger specter for gun rights than in hunting.

“This debate could shape how courts analyze a number of gun control issues, from high-capacity magazines to so-called ‘assault rifles,” Winkler said. “If the right is only for self-defense, then perhaps the government can justify restrict high-capacity magazines on the argument that self-defense with a gun almost never requires more than 10 rounds.

“Similarly, military-style rifles, it has been argued, are not primarily used for self-defense but for recreational purposes. Of course, these arms can be used for self-defense. But if that’s not their ‘common use,’ then they might not be protected to the same degree by the Second Amendment.”

Do you think hunting falls under the umbrella of the Second Amendment? Or is it another conversation? What are your thoughts?