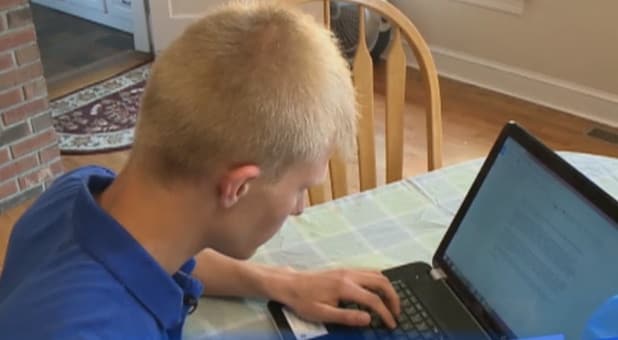 The Second Amendment Foundation is promising a lawsuit against a Connecticut school if it does not address inconsistencies with its firewall, which restricts access to pro-gun and conservative-leaning websites but allows students to freely view pro-gun control and liberal orientated pages.

This comes after Andrew Lampart, a senior at Nonnewaug High School in Woodbury claimed that sites belonging to many gun rights and conservative groups were restricted from access through the school’s internet firewall– while those for gun control organizations and liberal groups were not.

Gottlieb elaborated, saying, “Not only was our website apparently blocked, but so was a website belonging to our friends at the National Rifle Association. Yet, this student was able to access websites belonging to the Michael Bloomberg-funded Moms Demand Action group, and the anti-gun Newtown Action Alliance.” 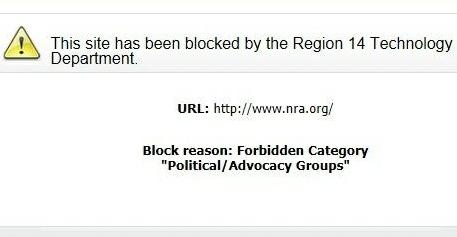 Lampart’s revelation came during research for an upcoming debate on gun control. When attempting to access the websites for the NRA, SAF and National Association for Gun Rights, he found they had been restricted by the school’s SonicWall firewall as “Political/Advocacy Groups.”

This sparked a curiosity in the high school senior who went on to try pro-gun control sites such as those for Moms Demand Action and the Newtown Action Alliance, then discovering they were unfiltered.

Switching to politics, Lampart found he could go to the website for the Connecticut Democratic Party, while the address for the Republican Party and TeaParty.org were both blocked.

Moving on to religion, the high school senior could not access pro-Christian websites, including the Pope’s Vatican page, or anti-abortion sites while Planned Parenthood, but Islam-guide.com, and LGBT Nation were open.

Nonnewaug High School is part of Connecticut Regional School District 14 whose board of education posted a statement on their webpage regarding the filtering technology encountered by Lampart, admitting that there were “apparent inconsistencies.”

This statement has now been removed, but its promised mitigation brought harsh response from SAF.

“Regardless of the District’s intent in this matter,” SAF general counsel Miko Tempski concluded in a letter to the district superintendent, “you are violating the Constitutional rights of your students and many organizations by allowing this filtering system to remain in place. If you allow the District’s censorship to continue, you could be subject to legal liability and the expense of litigation.”

Since Lampart is graduating this month, any changes made will not affect him. Nevertheless, Gottlieb vows, “But we’re going to make sure this doesn’t happen to other students.”