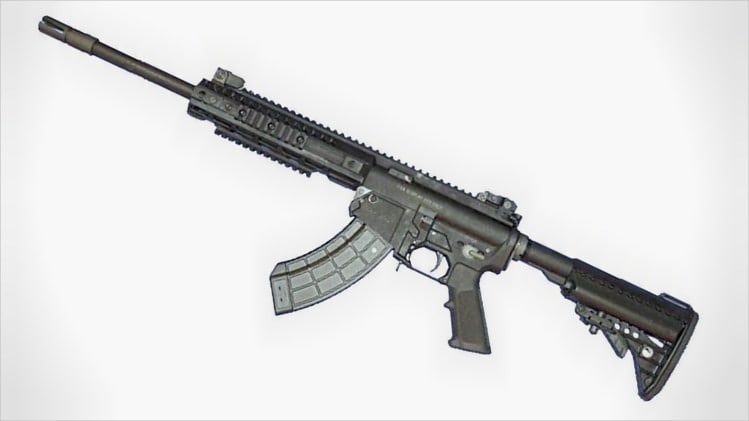 Colt is unveiling a new rifle in its Colt Modular line-up, the CK901. The rifle stands out for one big, .30-caliber reason, it’s chambered for 7.62x39mm.

This Soviet-era cartridge has spread across the world along with the AK- and SKS-pattern rifles that fire it, and is easily the most common rifle cartridge in the world.

With many militaries looking to retire their aging AKs, Colt is getting in position to take over those markets with the CK901. Like the other Colt Modular rifles it is a direct-impingement rifle rooted in the AR-15 design.

One major deviation from the tradition AR standard is a redesigned lower that accepts standard AK-pattern magazines. This will allow militaries to continue to use existing ammo and mags with a more modern and flexible rifle. Other equipment, such as scopes, may carry over to the new platform as well if they are compatible.

The CK901 will also let troops that are familiar with the 7.62x39mm cartridge’s ballistics to easily switch over to the new rifles. While the sight systems are worlds apart, holdovers never change. 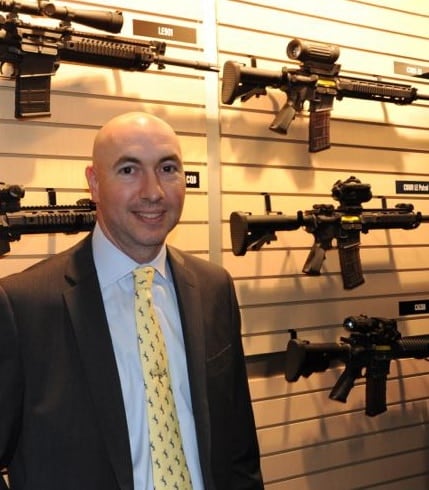 The new C.M. rifle also sports a redesigned upper receiver. It’s a monolithic receiver with a single, full-length flattop rail. This allows the barrel to float freely for improved accuracy as well as opens up a lot of optic options, both in terms of what iron sights and optics can be used and where they can be mounted.

The handguard is modular and has mounting points for side and bottom rails and multiple quick-detach sling mounts at the front and back of the handguard to let users kit out their guns to their personal purposes. Colt Modular rifles have ambidextrous controls.

IHS Janes got a first look at the CK901 at this year’s Eurosatory, the international military trade show.

We are crossing our fingers that a consumer model comes to the consumer market sooner rather than later. This rifle platform would see just as much success in American gun stores as it would in the hands of soldiers looking to replace their AKs. For the record it took two years for Colt to release a commercial variant of the original CM901.

Colt is expanding its market in North America, specifically, Canada.

According to the Ottawa Citizen, Colt Canada is working out a plan to make commercial C7 and C8 variants available to Canadian citizens. These are similar to, but not exactly like M16 rifles and M4 carbines. They are also working on a commercial version of the C8A3 carbine, a pattern very similar to most vanilla AR-15 carbines with its 15.8-inch barrel.

Colt is still working out the last of the licensing and is waiting on final approval from the U.S. The RCMP has already added the guns to the Firearms Reference Table, a crucial step in approving any gun for sale in Canada.

Colt Canada will market the rifles under the Diemaco brand. Colt hopes to have the first batch of rifles into the hands of Canadians this summer.