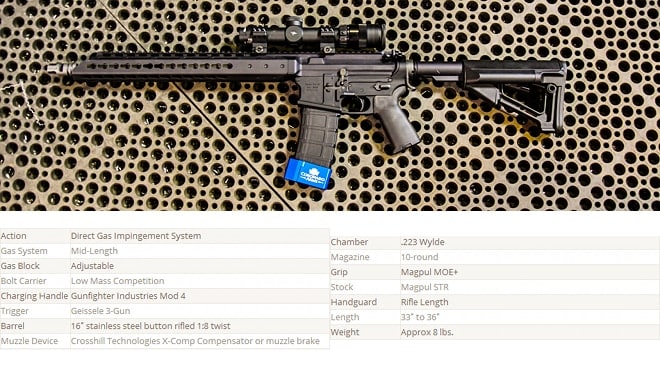 Coronado Arms is announcing two high-end AR-15s for competition shooters with a feature set unlike pretty much everything else on the market: a compact 16-inch model and a longer 18-rifle.

These guns are built for users looking for the best performance possible from the AR platform and stray pretty far from the original pattern while still using common components combining purpose-built engineering and off-the-shelf parts compatibility.

Coronado’s “Black” rifles are built on an in-house design with an extended upper receiver that completely encloses the chamber and travels several inches down the barrel. This extension adds a lot of stability to the barrel where its needed most. Both the upper and lower receivers are milled billet 7075-T6. 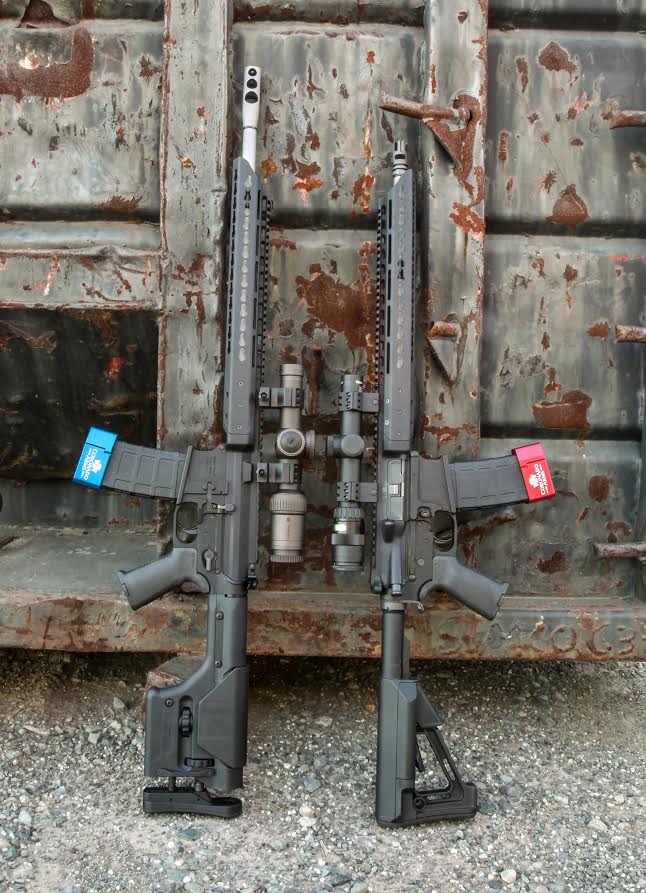 The barrels are chambered for .223 Wylde for use with both 5.56 NATO and .223 Remington ammunition without compromises when switching between the two. The rifles are stainless steel with 1-in-8 button rifling and a medium contour.

The extended upper receiver has a full-length flattop rail that runs the full length of the receiver extension. That makes it possible to mount a scope directly to the receiver without having to use cantilever scope mounts. This means lighter scope mounts and more mounting options.

The receiver also provides a very solid mount for their custom handguard. Another Coronado Arms design, these carbines sport rifle-length KeyMod handguards with 12-o’clock Picatinny rails for backup iron sights. Like the receiver, the handguards are extended with a slant-cut ledge that reaches out beyond the gas block. The handguards are contoured to provide a compact and natural grip surface.

This handguard design, along with the extended upper, makes it easy to run the rifle off a barrier or sandbag for slow shooting or race gunning.

Coronado’s carbines are direct impingement but are equipped with adjustable low-profile gas blocks. The slant-cut handguard stops at the top of the gas block to allow for quick adjustments without any disassembly necessary. With the adjustable gas system the rifle can be tuned for individual loads and individual users.

The rest of the receiver might look standard at a glance but a closer look will show that the shell deflector is oversized and juts forward. This is to send spent cases directly away from the shooter which is especially important for shooting left-handed. The lower also features a flared magwell and integrated trigger guard. More details about the technical features of Coronado’s design can be found on their website. 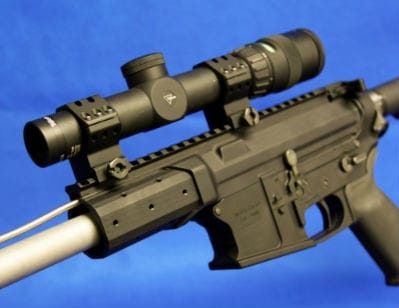 The extended receiver provides a solid mount for optics and the handguard. (Photo credit: Coronado Arms)

As for the rest of the components, Coronado Arms selected nothing but top-shelf parts including Magpul furniture, Geissele triggers, BCM Gunfighter Mod 4 charging handles and a low-mass bolt carrier to ensure cycling with the lightest loads.

The prices shouldn’t be too surprising for serious shooters but if you just want a cheap AR look elsewhere. The rifles start at $1,995 and max out at $2,550 depending on the model and are definitely competitive with other rifles in the same class.

If you like what you see but want something a little more affordable Coronado offers a base model carbine for $1,650 with the same receiver construction and handguard system but less expensive components.

These top-flight rifles are nearly competition-ready out of the box, all they need is an optic. For more details and full specifications on these and other firearms check out Coronado Arms.

Coronado Arms is based in Dixon, California and ships their guns with 10-round magazines.