A Peoria, Arizona, man fatally shot his brother Saturday afternoon after discovering his ex-wife was having sex with him in exchange for drugs.

Christopher Michael Wasar, 39, was infuriated when he found out his older brother, Matthew Wasar, 45, had been sleeping with his ex-wife, Jessica Wasar. So the estranged couple joined forces and sought out retribution, AZ Central reports. 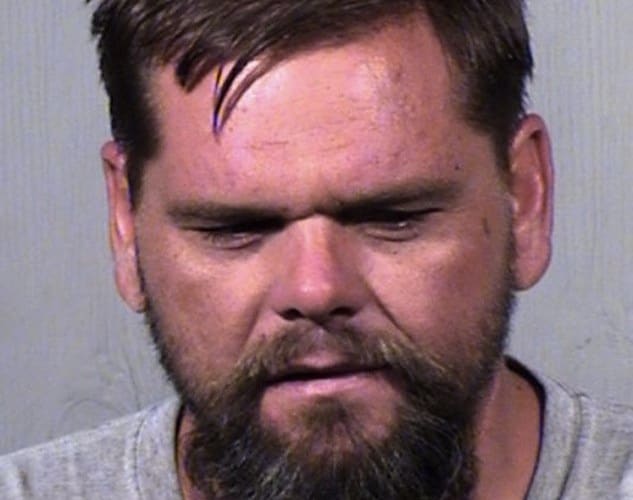 Christopher Michael Wasar fatally shot his elder brother after discovering his ex-wife had been sleeping with him in exchange for drugs.

Christopher, armed with a Glock 17, and Jessica, broke into the elder brother’s home, but Matthew wasn’t there. Matthew’s roommate, Brady McGonigle was in and picked up a samurai sword to defend himself, but later put it down after Christopher threatened to shoot him.

Christopher held McGonigle at gunpoint and demanded to know where his brother was while his ex-wife searched the apartment for him.

Several minutes later the couple left the apartment and spotted Matthew in a vehicle. Christopher and Jessica approached Matthew and in the ensuing argument, Christopher punched his elder brother in the face before shooting him once in the chest.

Christopher tried to flee but was arrested. He told police he fired in self-defense after his brother rushed him with a knife, but bystanders, including Jessica, said the attack was unprovoked.

According to the Huffington Post, Matthew was transported to an area hospital where he later died.