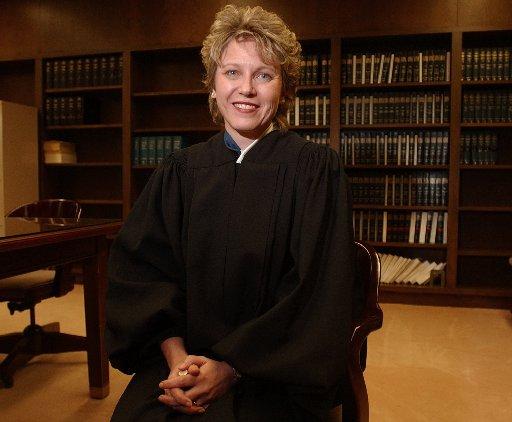 A federal judge ruled Thursday that Colorado’s new gun regulations are constitutional, finding against a number of sheriffs, gun owners, and retailers in a suit that challenged these laws.

U.S. District Judge Marcia Krieger found that the two new laws codified in 2013 – limiting magazine capacity and expanding background checks to include almost all firearm sales – do not infringe on the Second Amendment.

“Colorado Revised Statutes §18-12-112 and §18-12-302 are compliant with the provisions of the Second and Fourteenth Amendments to the United States Constitution,” Krieger wrote in her conclusion to the case, filed Wednesday.

Krieger, a 2002 Bush appointment, spent a significant portion of her 50-page decision arguing that the 30-odd plaintiffs in the suit had little standing in her view to file the petition in the first place. As a result, she dismissed much of the testimony presented in the case.

Moving into the details of her ruling, she found that the state ban on magazines capable of holding more than 15-rounds, did not burden the Constitution, or lawful gun owners.

“No evidence presented here suggests that the general ability of a person to defend him or herself is seriously diminished if magazines are limited to 15 rounds,” wrote Krieger, who went on to note the opposite for unlawful use. “The evidence shows that large-capacity magazines are frequently used in gun violence and mass shootings, and that often a shooter will shoot continuously until a weapon jams or the shooter runs out of ammunition.”

In closing on the magazine capacity issue, the judge held that no matter how the Colorado state assembly came up with the arbitrary limit, it remained within the limits of the framework of the Constitution.

“Whether adoption of a fifteen-round magazine limit is a sound public policy or a perfect fit with the General Assembly’s objective to improve public safety is not the question before this Court,” Krieger wrote. “The fit may not be perfect, but the evidence establishes … the provisions … are permissible under the Second Amendment.”

The latter was a common thread in the court’s ruling, with the judge returning repeatedly to the constitutional basis of the laws, rather than their current effects.

“A law may be constitutional, but nevertheless foolish, ineffective, or cumbersome to enforce,” she added.

In dismissing the relief sought from Colorado’s expanded background check law, Krieger in her analysis found that the “burden imposed is no more severe than the law already provides for firearms sales.”

The state attorney general’s office, who defended the case, expects to have to take it up again on appeal, and, as with the federal judge, did not address the popularity of the laws in question.

The sheriffs involved in the case as plaintiffs issued a joint statement, promising to take the case to the 10th U.S. Circuit Court of Appeals and the Supreme Court if needed.

“While we respect the judge’s ruling today, we believe that it is plainly wrong on the law and on the facts,” Weld County Sheriff John Cooke said. “Today was only the first round of the case, not the last.”

“Once again a court honors the Second Amendment more in the breach than in observance,” said Larry Keane, NSSF senior vice president and general counsel.

Keane continued, “The very reasons the court gives for upholding the magazine restriction, that it will force a criminal to pause to reload, is precisely why the law infringes on the fundamental right to keep and bear arms and the inherent right to self-defense because it will force law abiding citizen to stop defending themselves to reload against an aggressor — who will not abide by the same law.”

“The court has engaged in intellectual contortions to uphold the law Gov. Hickenlooper now apologized for signing, and acknowledges will do nothing reduce crime,” Keane said.