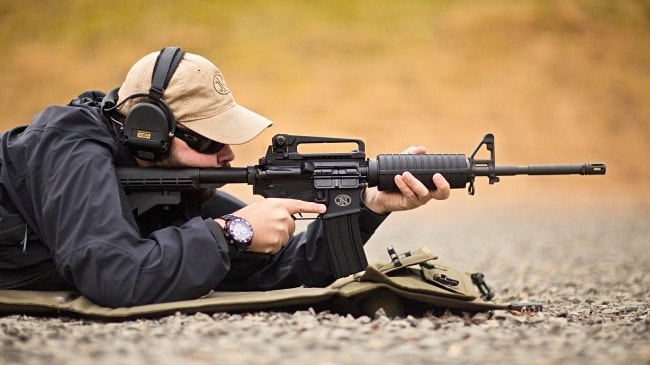 The Killeen Police Department is purchasing 231 FN 15 carbines for the department’s patrol rifle needs. The FN 15 is FN-America’s newest series of AR-15-pattern rifles based on the models the company is already contracted to manufacture for U.S. armed forces.

“Lots of police departments end up in the situation where they’re out gunned by criminals,” Killeen Mayor Dan Corbin told KCEN-TV. “We want to make sure our police officers have the equipment that they need.”

“We are pleased that the Killeen Police Department has chosen the FN 15 Carbine to help them protect against threats their officers encounter from criminals,” said Mark Cherpes, FN-America CEO. “The FN 15 Carbine offers the standard benefits expected from an M4-style rifle plus the unparalleled durability and reliability law enforcement officers demand in the line of duty.”

Delivery of the carbines began last month and the Killeen Police Department is happy to confirm that the deal has gone through. The price per rifle was set at $875 for a total of $202,125.

The Killeen P.D.’s carbines will share features of both models of FN 15 rifles. (Photo credit: FN-America)

The 231 rifles will feature FN 15 Carbine uppers with lowers fit with fixed buttstocks for a straightforward manual of arms.

Like their military counterparts these FN 15 Carbines are chambered for 5.56 NATO and in this configuration weigh 6.9 pounds, unloaded. They have polymer furniture and 16-inch barrels with 1-in-7-inch twists. All the rifles are A2-style including the detachable carry handle rear sight and A2 flash hider. They will be shipped with one 30-round aluminum GI magazine with each rifle.

FN has been snapping up military and police contracts as fast as they can manufacture firearms. In addition to the FN 15 series the company’s recently-released FNS Longslide is getting police contracts across the nation. Representatives from FN have told us that there were some delays in getting the guns to the commercial market due to the demand for the new pistols in law enforcement.

And now that FN is the primary supplier of M4 carbines to the U.S. Army and a major manufacturer for the military in general, we’re positive that it will have no problems finding other police departments interested in FN 15 rifles.

While the FN 15 Carbine and Rifle are fairly commonly-configured we know FN is up to the task where quality is concerned, and we are impressed with the fit and finish of these rifles up close. They have color-matched receivers and the FN logo on the side is prominent but not out of place or flashy. FN manufactures these rifles in Columbia, South Carolina.

We’re sure the Killeen Police will be impressed with these rifles as well.

If you’re interested in picking up an FN 15 for your next or first AR head over to the product page for more details. These rifles are top-notch and can be found for under $1,000 if you do a little deal-hunting.