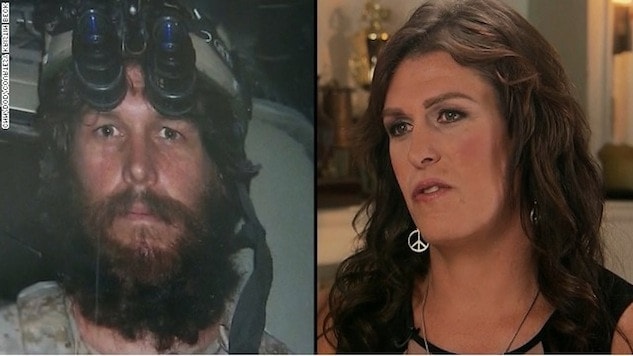 Beck, who authored “Warrior Princess,” a memoir about her sexual transformation, has continued to promote transgender military service by speaking at multiple intelligence agencies, including the Defense Intelligence Agency, the National Reconnaissance Office, and Hill Air Force Base, to name a few, Washington Times reports.

Currently, the Pentagon regards transgenders — those who have undergone sexual reassignment surgery — as sexual deviants. But Beck is working to change that paradigm and urges the Pentagon to stop judging their warriors by how they look on the outside.

“We are all, all of us, created equal, and we all deserve equal justice,” Beck said.

Defense Secretary Chuck Hagel expounded on Beck’s efforts last May when he said the Pentagon’s policy on transgenders should be continually reviewed.

Beck told the DIA that while she may look different now than when she was in SEAL Team 6, she can still get the job done if she needs to.

“You can change the wallpaper, but I’m still right here,” Beck said. “I can still do the job I was doing in uniform.”