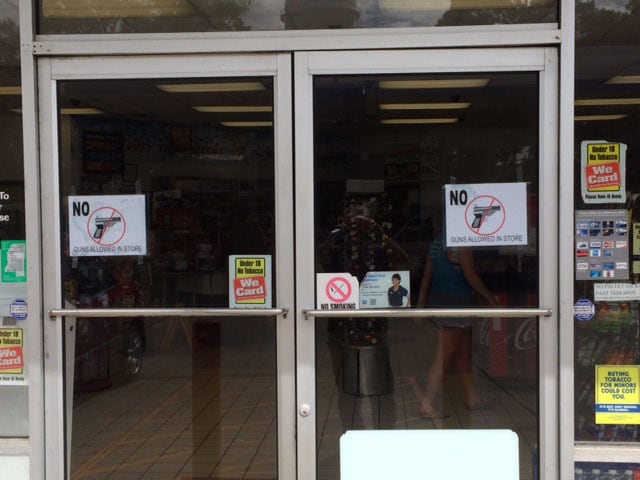 Some are asking why the store didn’t post a “No Knives” sign instead. (Photo credit: Mississippi Gun News)

A convenience store that was the scene of a brutal stabbing back in March apparently has posted “No Guns Allowed” signs on the front door despite the fact that the suspect was stopped – and apprehended by authorities – thanks to an armed citizen with a concealed carry permit, Mississippi Gun News reported this week.

Lamont Williams, 29, walked into Keith’s Superstore in Lumberton, Mississippi, on the morning of March 12, armed with a knife and began stabbing the store manager. According to local media, the manager previously had problems with Williams, who was believed to be a disgruntled former employee.

But on the day Williams attacked the manager, there was an armed citizen with a concealed carry permit inside the store. The armed citizen witnessed the events unfold and chased Williams as he tried to flee from the store, holding him at gunpoint until police arrived and arrested him. 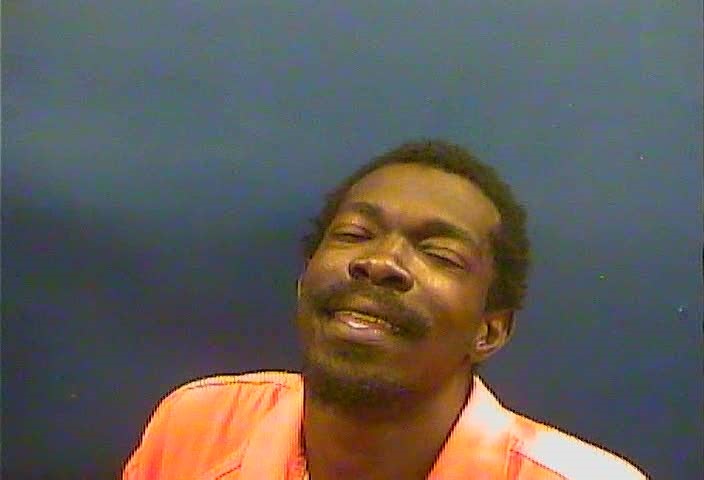 Lamont Williams, 29, stabbed the store manager eight times and is believed to be a disgruntled employee.

The entire incident was captured on the store’s video surveillance system. No shots were ever fired by the armed citizen, who was only identified as a white male in his 30s.

The store manager, who’s identity was not released, survived a total of eight stabs to the neck, chest and arm.

Williams was taken to the Lamar County Correctional Facility where he faced charges for aggravated assault with a deadly weapon, initially being held with a cash bond of $150,000.

The store manager confirmed after the stabbing that there were not any “No Guns Allowed” signs posted outside the store, which at the time were apparently being handed out somewhat freely following the passing of House Bill 2, which clarified language surrounding concealed carry laws.

It’s unknown when the signs went up at the entrance of the store, but a picture taken by a local resident clearly shows two signs stating “No Guns Allowed in Store” despite the fact that it was a legally armed citizen who likely saved the store manager’s life just three months ago.