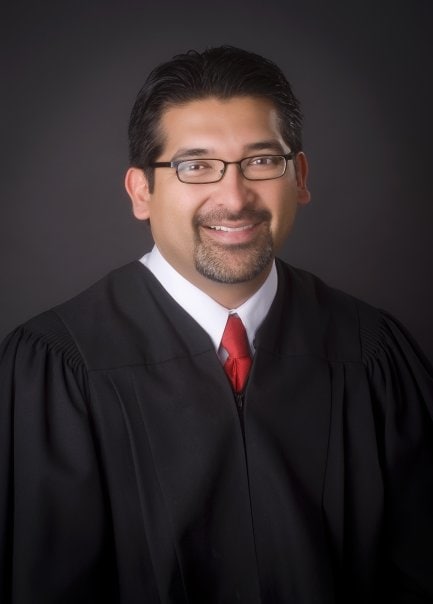 In an agreement brokered by a local judge, some Dallas County gun owners subject to protective orders could soon find themselves turning their guns over for safekeeping to an area shooting range.

The plan — the brainchild of County criminal court Judge Roberto Canas — would require those who are the subject of a restraining order and admit to possessing firearms, to hand their guns over to a designated private range for storage within 48 hours.

“You would be responsible for coming back in front of me to prove that you’ve delivered the gun,” Canas told the Dallas Morning News.

Should an individual not return with the storage receipt, “To me, that would be like a red flag, alarm bells going off,” he said.

Canas’s plan came about after local law enforcement voiced concerns over their authority under state statues to confiscate otherwise lawfully owned guns in the wake of a domestic violence allegation. Under current Texas laws, knowingly transferring, selling or loaning a firearm to someone under an active protective order is illegal.

However, the law does not require guns to be removed from the scene of a domestic violence incident that had not been used in a crime or mandate the surrender of an abuser’s firearms.

While the details have not been fully decided, Canas, a Democrat who took office in 2006 when the county went blue, told the Dallas Morning News that the private range would charge a one-time fee, likely less than $50, to reclaim their firearms once the protective order has been removed. Guns that are not recovered would become the property of the range. This, the judge admits, is incentive for the range to participate in the program.

Women’s rights advocates in Texas are excited about the plan.

“Imagine how much better victims would sleep at night knowing all the guns had been removed,” said Jan Langbein, CEO of Genesis Women’s Shelter. “I think it will save lives. I really do.”

Around the country, similar plans to warehouse guns during a protective order have found broad public support. Earlier this month Vermont Gov. Peter Shumlin (D) signed a bill into law that would set up a framework for a third party, agreeable to the court, to store firearms of a gun owner required to temporarily relinquish them.

Many bills, like Vermont’s, passed into law after the National Rifle Association opted to remain neutral on the issue, opening the door for negotiations and concessions between pro-gun lawmakers and pro-gun control lawmakers.

Dallas County’s plan is expected to be firmed up in coming weeks.