The PTR SCCR is a single run of 1,000 rifles that are going on sale through select South Carolina dealers and one rifle, with the serial number SCGOVNH, was given to Gov. Nikki Haley during a tour of the facility today.

“It is remarkable just how lucky PTR Industries and the State of South Carolina are to have a Governor that embraces shooting sports and supports the Second Amendment in such a way as Nikki Haley. All of us here at PTR are looking forward to having her as our guest, and presenting her with the newest PTR product; the South Carolina Commemorative Edition Rifle, which symbolizes and celebrates PTR’s relocation to the Palmetto state,” said John McNamara, vice president of PTR Industries. 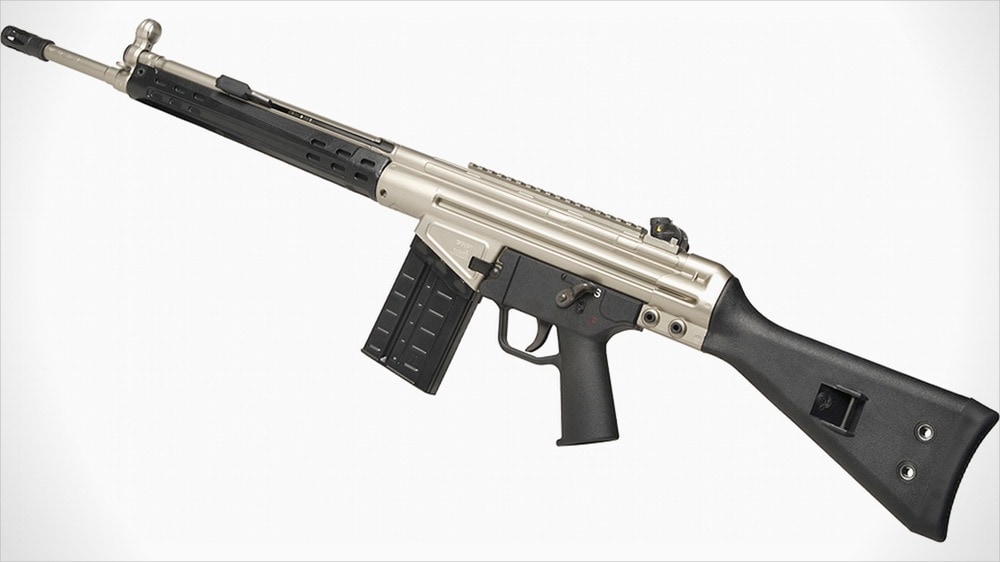 The commemorative version of PTR rifle. The company makes its own version of the Heckler & Koch G3. (Photo credit: PTR Industries)

The SCCR is PTR’s first rifle to feature a nickel finish. It will also be stamped with an outline of the state, with a palmetto tree and crescent moon in its center. The barrels have “We the people” and “Shall not be infringed” etched onto the sides. All rifles will be stamped “Made in Aynor, S.C.”

PTR’s move had drummed up a lot of positive feedback for the company, drawing attention to their Heckler & Koch G3-patterned rifles.

The SCCR is a target model chambered for .308 Winchester and 7.62 NATO with an 18-inch bull barrel. It also includes a flash hider, an HK navy-type polymer trigger group housing, a black polymer stock with a slimline polymer handguard and a welded scope mount. The nickel treatment is a powdercoat finish and the rifle comes with three 20-round magazines.

And as a kindness to the people of South Carolina, the SCCR is actually priced a little lower than the regular rifles. The MSRP on the SCCR is $1,200, including the extras and magazines. 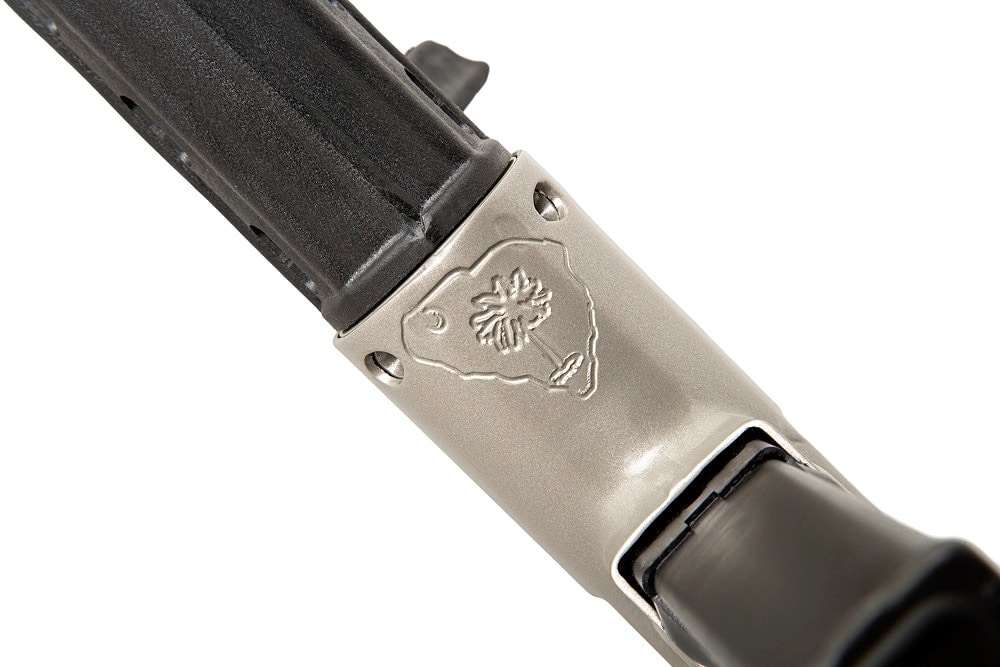 The outline of South Carolina with a Palmetto tree and moon are etched on the underside of the gun. (Photo credit: PTR Industries)

It’s no lightweight rifle at 9.5 pounds, but that’s sure to make it a softer shooter. With its match-grade bull barrel it measures in at just over 40 inches long with its fixed stock.

While this particular limited-edition rifle also has a small target market, we’re sure people living in the Palmetto State will be more than happy to scoop them up. For everyone else PTR Industries manufactures a wide variety of G3-pattern rifles and pistols with modern polymer and classic wood furniture. You can find all of its products here.

Whether or not you live in South Carolina it’s hard not to like PTR Industries. Not only for their high standards when it comes to gun control but also for their proven firearms. If you’re looking for a PTR rifle stamped “Made in Aynor” now’s the time to start shopping.